All Agent Jones Quests and how to complete them in Fortnite Chapter 2, season 6 - Dot Esports
Skip to content 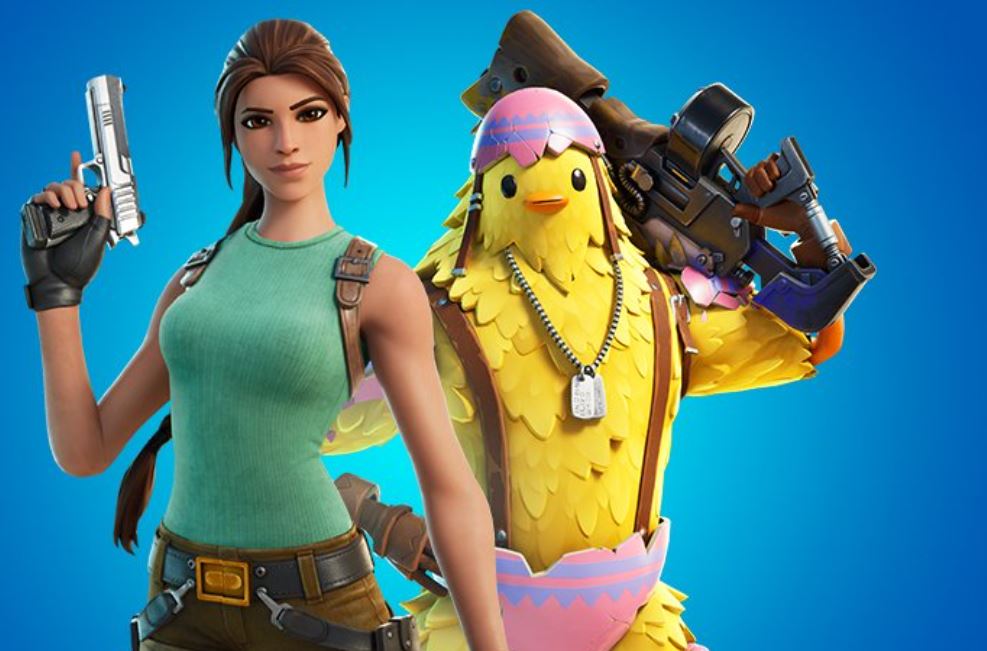 A new Fortnite season just rolled out and the battle pass of Chapter Two, season six is filled with epic skins to unlock. While completing the weekly challenges to unlock more tiers will be the goal for many players, some cosmetics are locked behind exclusive quests that you’ll need to complete.

Starting with battle pass tier 14, you’ll be able to unlock Jones’ Field Pack, if you complete its dedicated quest line. The backpack’s additional styles will also require you to complete more of these challenges, meaning it may take you an hour or so to unlock all of the versions of this back bling.

This quest line’s first challenge will begin with Lara Croft asking you to investigate an anomaly detected in Lazy Lake. Once you make it to the location in Lazy Lake, a glowing butterfly will assist you in completing the mission. When the butterfly disappears, that means you’ve made it to the last stage of the quest.

You’ll then need to interact with a set of jewels to place them in the right order. There doesn’t seem to be any hints on how you can get them right on the first try, however. If you place them wrong, they’ll disappear and you’ll need to start over. Considering the jewels you placed in the correct order also get reset when you place the next one wrong, you’ll need to pay attention to your sequence to get back on track as quickly as possible.

The second challenge that will unlock at battle pass tier 28 for Jones’ Field Pack (Jump 15) also features similar characteristics to the first quest. You’ll need to visit Shark Island, this time around, to find another anomaly. As you land on the north side of the island, you’ll be greeted by a glowing butterfly that will lead you to a projector.

You’ll need to use an emote next to this projector and the anomaly will appear in the air. Make sure to have spare materials to build your way and pick up the anomaly, or destroy some of the nearby trees to build a couple of ramps.

The third Jones challenge unlocks the third style for his backpack, Jump 31. You’ll be investigating an anomaly near Catty Corner for this one, located right under a mountain. As you land onto this military-camp-looking landmark, a glowing butterfly will start leading you toward the anomaly. This anomaly is stuck behind a safe and it doesn’t get destroyed with a harvesting tool. You’ll need to pick up some of the Boom! Barrels laying around to create enough of a gap so you can get the anomaly.

Try to find a gun as well to shoot at these barrels since you may not have enough time to run away before the barrels explode. The explosion will also reduce your HP if you’re close enough, so take cover.

The fourth Jones backpack style, Jump 42, will require you to visit Stealthy Stronghold for an anomaly. You’ll find the glowing butterfly right below the first “O” in “Stronghold” on the mini-map and it’ll escort you toward the west of the landmark. This anomaly will be buried underground and the butterfly will make it resurface.

Hit the glowing bump a few times with your harvesting tool and you’ll be able to pick up the anomaly to complete the quest.

The fifth and the final Jones quest will ask you to investigate one last anomaly in Weeping Woods. Head over to the center of the landmark, where you’ll be able to see a tower. You’ll find the glowing butterfly roaming around the tower, usually inside bushes.

The butterfly will lead you on top of the tower and fly into the sky to reveal the anomaly. Considering the anomaly will be hanging in the air, you’ll need to build yourself a platform to pick it up.