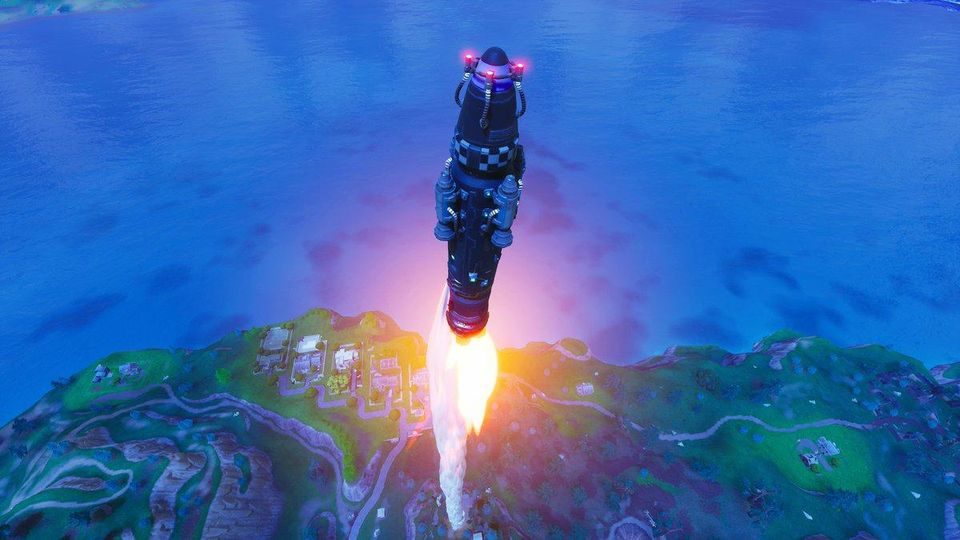 After a successful rocket launch in season four, another ominous rocket is being constructed on top of Dusty Depot in Fortnite following today’s patch v10.30.

The rocket is being built on top of the gray depot with a new staircase going from the outside of the building toward the top. This staircase leads to some dark scaffolding near the edge of the building. A large rocket has been found inside of the depot, which confirms that a rocket will be used in this area. The rocket looks eerily similar to the one from season four.

The Fortnite storyline for season X is about time travel. Dusty Depot was destroyed by a meteor in season four but the area was restored in season X because of the Zero Point Explosion, which reverted several points of interest. Now, fans are speculating this rocket could be used to destroy the meteor that originally decimated Dusty Depot.

This isn’t the first time that Epic Games has introduced rockets to Fortnite. In season four, one of the biggest events in the game’s history saw a large rocket launch into the upper atmosphere of the Fortnite map, causing a crack in the sky to set up the plotline for season five.

This rocket could be the next stage of the Visitor storyline and what he has planned for the Fortnite map and the rest of season X, potentially leading into season 11.