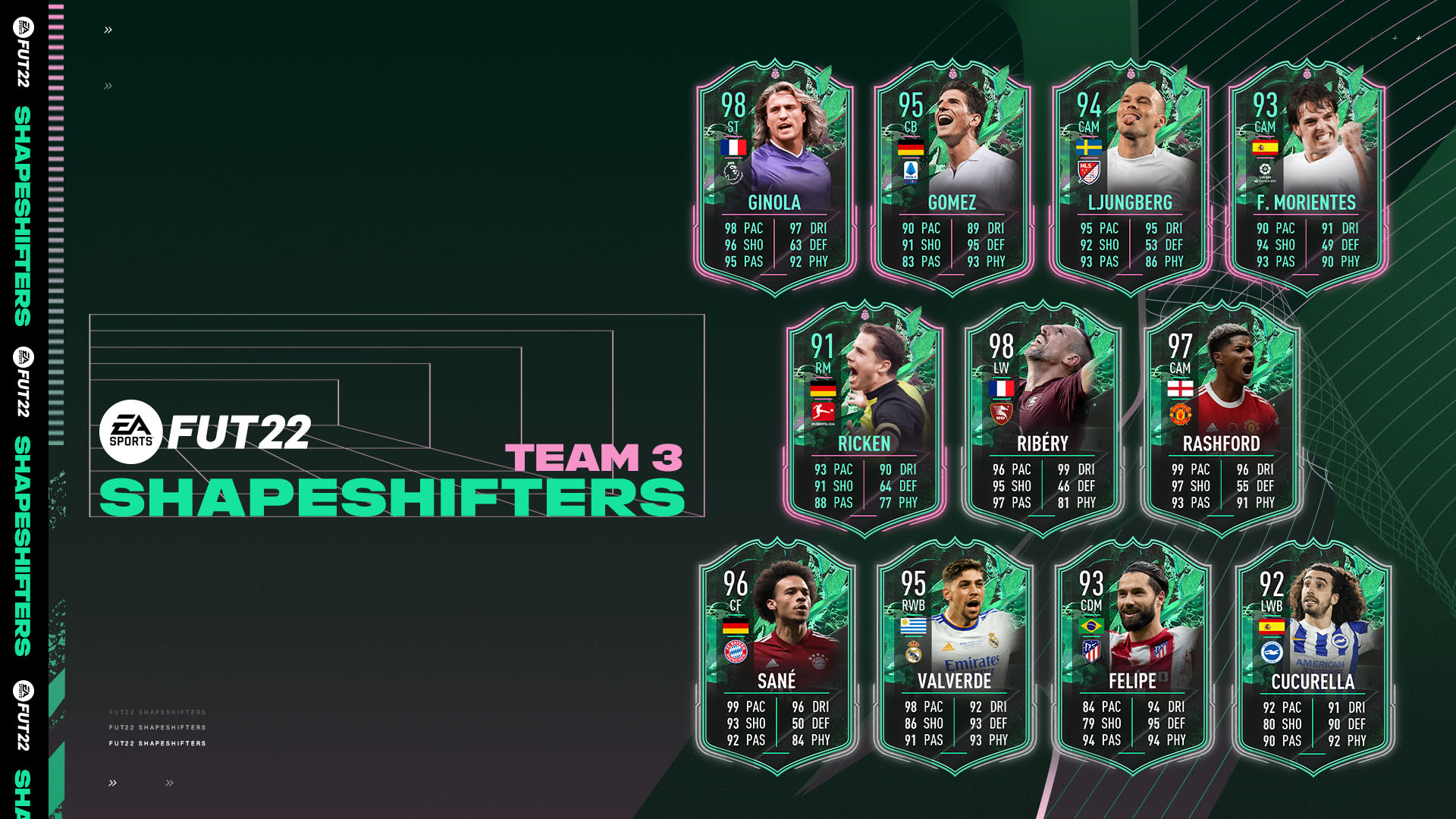 Shapeshifters’ third set of cards has been added to FIFA 22 Ultimate Team today. The new cards will be available for one week in FUT packs and then indefinitely on the FUT market.

The Shapeshifter promotion changes the gameplay for known players by offering new cards with a different position and upgraded stats, giving a new perspective to how players can perform in FIFA 22 Ultimate Team. 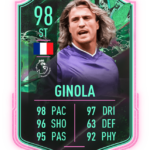 This batch has a total of 11 new cards that will replace the second team in FUT packs. Unlike the other two teams, there are five HERO players, which are players who no longer play but left their mark on soccer history.

Some of the Shapeshifters player items you’ll find that are not HERO cards are Franck Ribéry from Salernitana, Marcus Rashford from Manchester United, Leroy Sané from Bayern Munich, and Federico Valverde from Real Madrid.

The highest-rated cards tend to have higher prices, but it varies from player to player. The most expensive card so far is 98-rated Shapeshifters Franck Ribéry, which costs around 4.8 million FUT coins. There is always a chance you can get these cards in FUT packs depending on your luck.

More Shapeshifters cards will continue to be released through squad-building challenges (SBCs) and themed objectives until the promotion ends. Borussia Dortmund’s Ole Gunnar Solskjær received a Shapeshifters SBC today and players can get a Shapeshifters Marc Bartra from Real Betis for completing a themed set of objectives in the game.

This third team will expire after one week, on July 8, the same day that players will be able to exchange their Summer Swaps Tokens. The Shapeshifter promotion will only end on July 25, however.