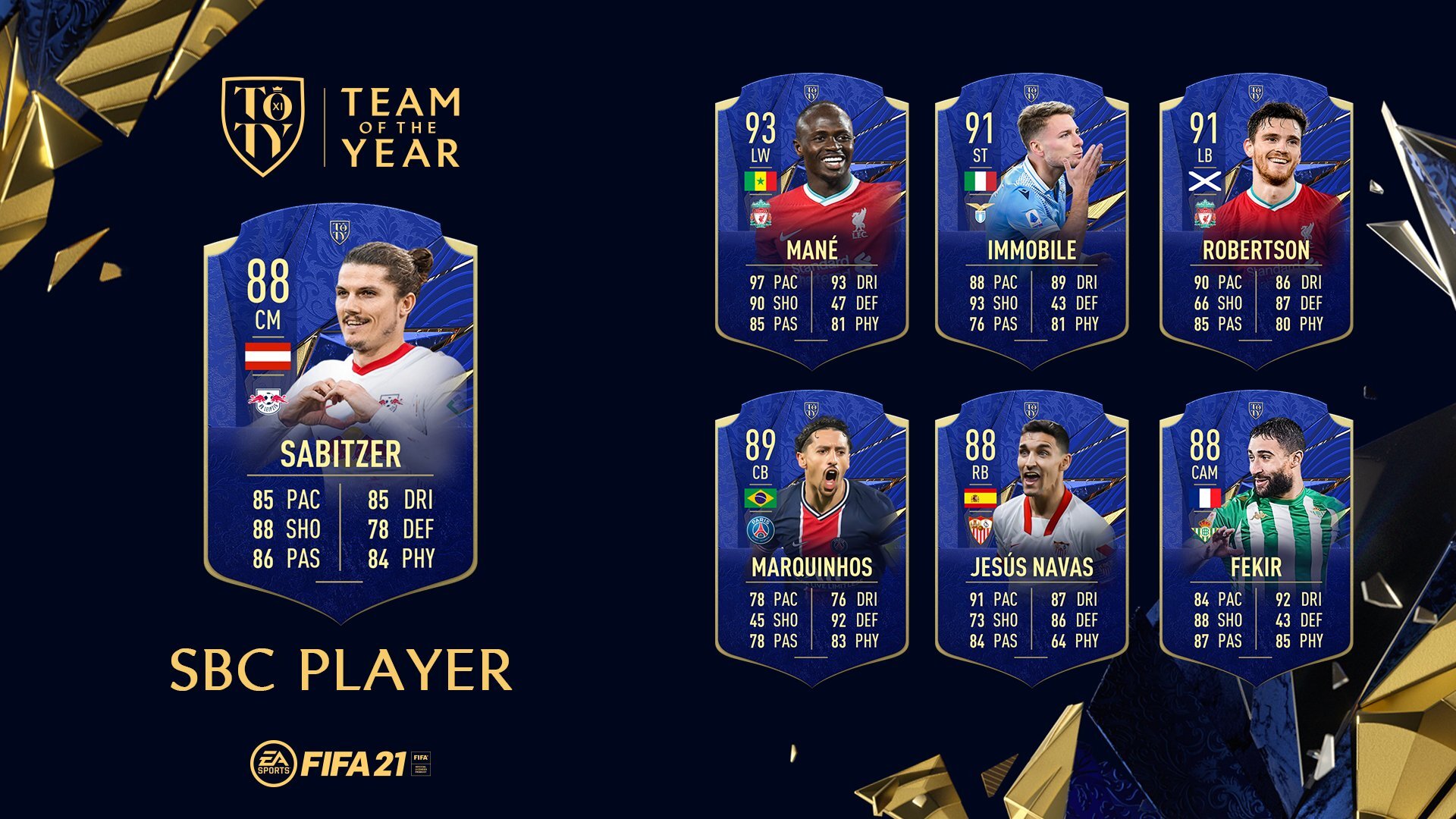 EA Sports added an 88-rated Honourable Mentions version of Marcel Sabitzer from RB Leipzig to FIFA 21 on Sunday, Jan. 31. This item is available through the squad-building challenge (SBC) menu in FIFA 21 Ultimate Team.

Sabitzer only has an Storyline card in FIFA 21 Ultimate Team. He was added after EA released six other TOTY Honorable Mentions cards last week, including Sadio Mané, Ciro Immobile, Marquinhos, and Jesús Navas.

All of Sabitzer’s skills were increased but EA mainly focused on his Defending (+13), while the rest of his stats were mildly boosted, including Passing (+6), Physical (+6), Pace (+5), and Shooting (+5) when you compare this new card to his 83-rated gold version. This is a disappointing card due to its low stats, especially since it’s part of the TOTY promotion.

TOTY Honorable Mentions Sabitzer costs around 534,800 FUT coins on Xbox One, 555,450 on PlayStation 4, and 655,350 on PC. This is an extremely overpriced card considering it’s not worth the low stats and it’s untradable.

You have until Feb. 7 to get this TOTY Honorable Mentions Sabitzer SBC. Here’s the cheapest solution to complete this card right now, according to FUTBIN, a website that specializes in FIFA content.