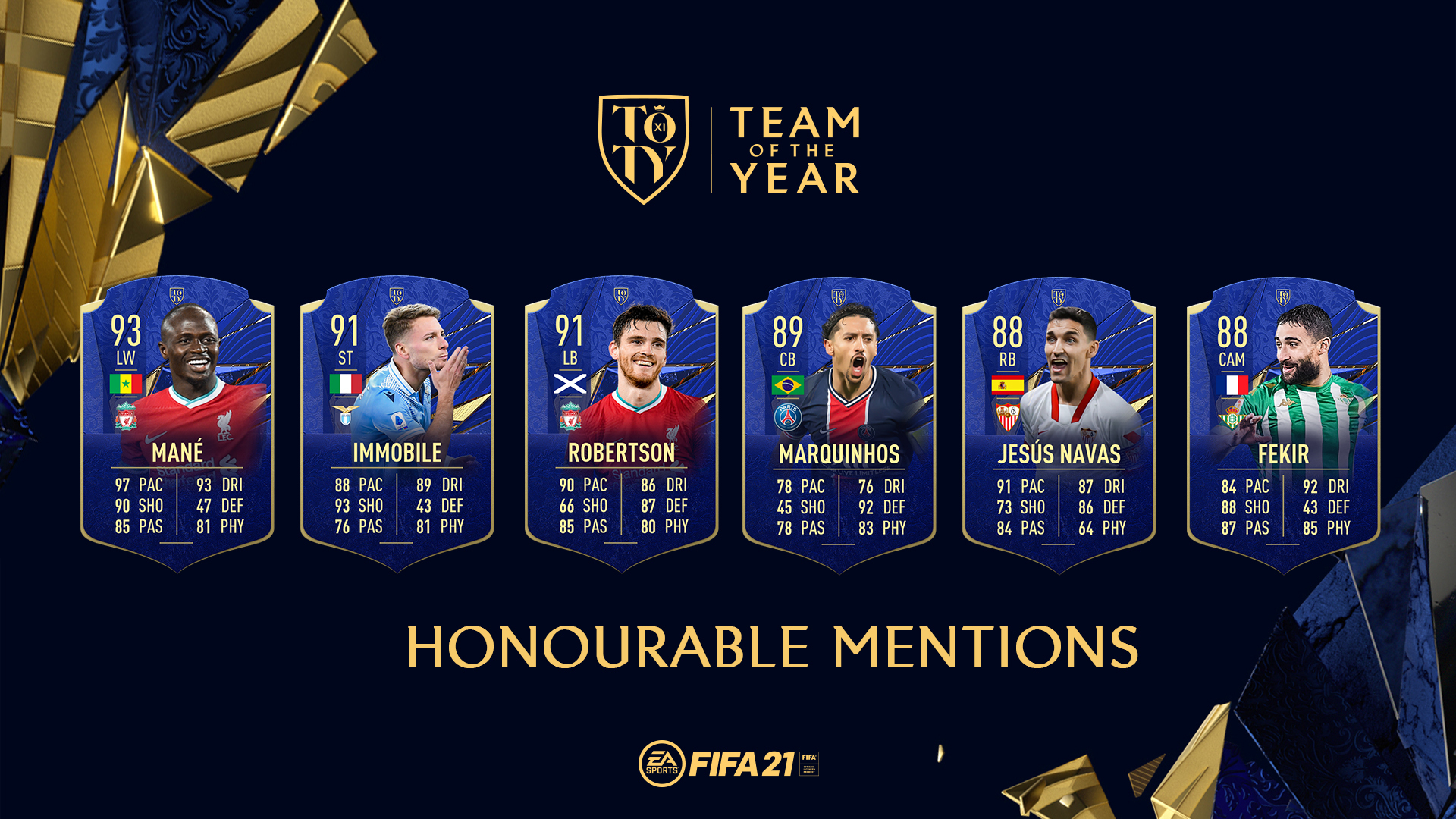 EA Sports added six more TOTY players to FIFA 21 as Honorable Mentions today. These cards will be available alongside the entire TOTY squad through packs until Tuesday, Feb. 1.

The latest additions include a 93-rated Sadio Mané from Liverpool, a 91-rated Ciro Immobile from Lazio, a 91-rated Andrew Robertson Liverpool, an 89-rated Marquinhos from Paris Saint-Germain, an 88-rated Jesús Navas from Sevilla, and an 88-rated Nabil Fekir from Real Betis.

All of them received generally good increases to their skill stats when comparing them to their gold-version cards. This is also Robertson and Fekir’s first special cards, while Mané already has two.

The TOTY squad was voted on by the community at the start of January and is formed by three attackers, three midfielders, four defenders, and one goalkeeper. Here’s the full list of the TOTY chosen players, including the 12th man:

Out of the Honorable Mentions, only Mané, Robertson, Marquinhos, and Navas can make a strong link with other TOTY players like Van Dijk, Alexander-Arnold, Ramos, and Mbappé, however.