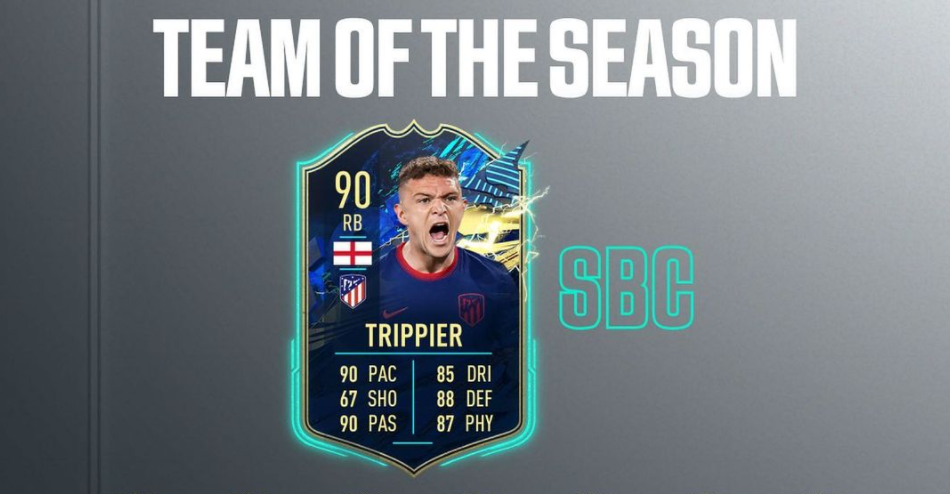 This is Trippier’s second special card. He’s part of the LaLiga TOTS promotion and will be available until May 14. Team of the Season celebrates and highlights the best players who had a large impact on their respective clubs in the different leagues across Europe.

This card is good but there’s nothing particularly special about it. His strong points are his 90-rated Pace and Passing. He also has three-star skill moves and a four-star weak foot. If you apply the shadow chemistry style, you’ll increase his Pace (+9) and Defending (+8), which will maximize his entire Pace skills and his Standing and Sliding Tackle.

If you want to complete TOTS Trippier SBC, you’ll have to turn in two squads: Atlético de Madrid and National Duty. The first solution requires an 81-rated squad with 80 chemistry minimum and at least one player from Atlético de Madrid. The second one asks for an 86-rated squad with 55 chemistry minimum, one Inform card, and at least one English player.

Here’s the cheapest solution to complete TOTS Kieran Trippier right now, according to FUTBIN, a website that specializes in FIFA content.