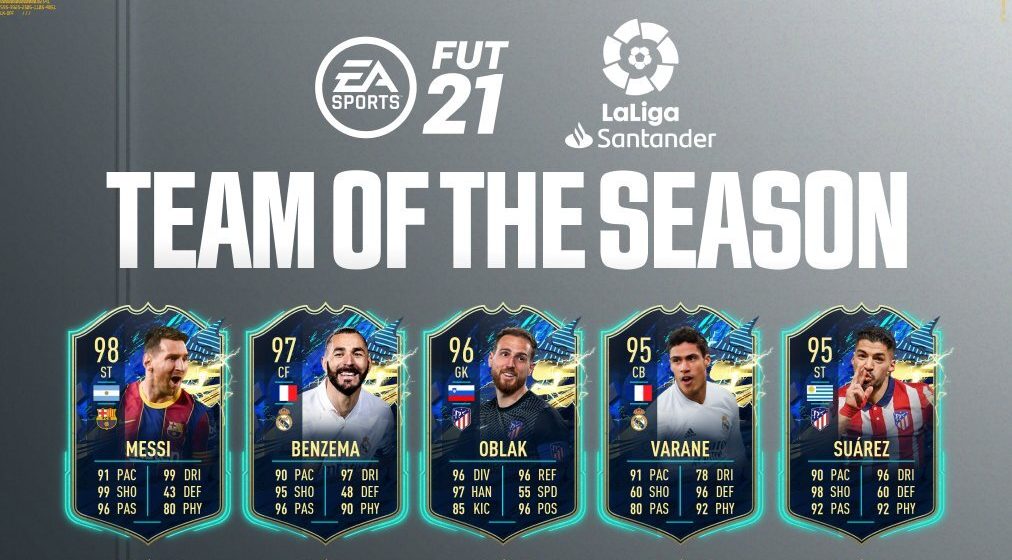 This is the best TOTS team released so far with almost all of the cards being incredible players. The official LaLiga TOTS team’s highest-rated player is 98-rated Messi while the lowest is 88-rated Koundé, which is still a great card. You can now get one of these 15 players in FUT packs for a limited time.

Here are all the LaLiga TOTS players who were added to FIFA 21 Ultimate Team today.