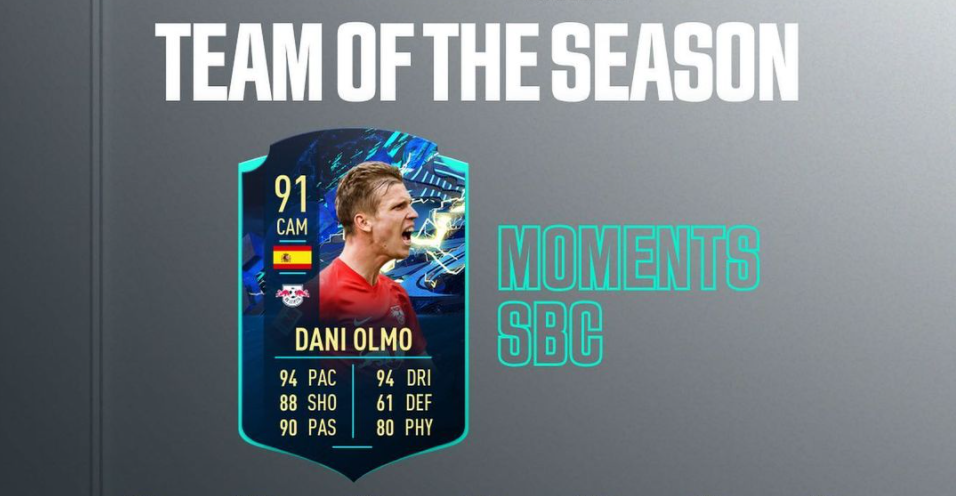 This is Dani Olmo’s second special card. He’s part of the Bundesliga TOTS promotion. TOTS highlights the best players who had a major impact on their respective clubs in the different European leagues. Player Moments cards are used to celebrate a special match or season that a specific player had in the past. EA created this Player Moments card to commemorate Dani Olmo’s great backheel pass and goal against SV Werder Bremen.

This card is great. He has good stats, five-star skill moves, and a four-star weak foot. If you apply the hawk chemistry style, you’ll increase his Shooting (+6), Physical (+5), and Pace (+2), which will maximize his Shot Power.

This SBC costs around 218,600 FUT coins on PS4, 211,700 on Xbox One, and is a bit more expensive on PC (275,700 FUT coins). The price is fair for his stats alone, but he can also make strong links with other EFL players like 92-rated TOTS Sabitzer, 90-rated TOTS Angeliño, and legendary Spanish players like Xavi, Puyol, and Raúl.