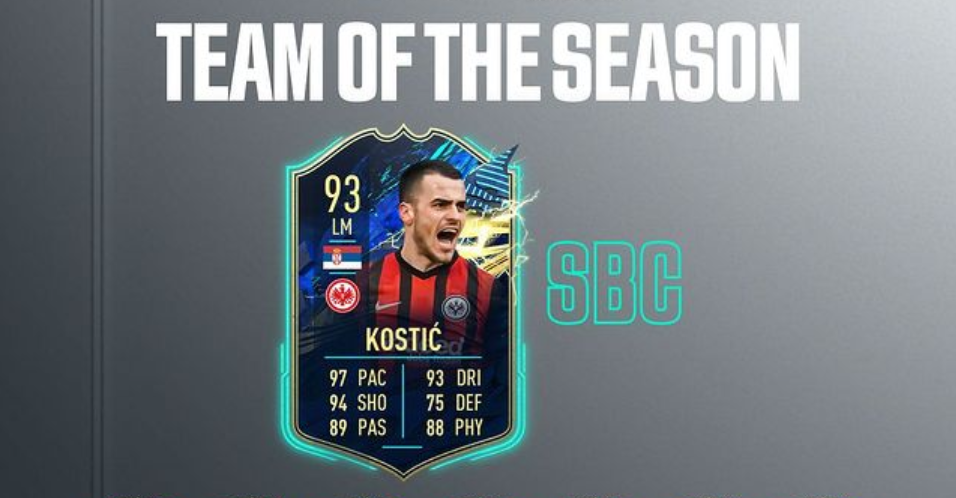 This is Kostić’s third special card. He’s part of the Bundesliga TOTS promotion and will be available until May 24. Team of the Season highlights the best players who had a large impact on their respective clubs in the different leagues across Europe.

This card is great. He has good stats and three-star skill moves and weak foot. If you apply the sentinel chemistry style, you’ll increase his Defending (+9) and Physical (+5), which will balance out his stats, making all of his skill stats above 80.

This SBC costs around 151,000 FUT coins on PS4, 153,800 on Xbox One, and is a bit more expensive on PC (170,350 FUT coins). The price is fair for his stats even though he has low skill moves and weak foot, but he can make strong links with incredible players like 91-rated TOTS André Silva,9-rated Vidić, and 89-rated What If Jovic.

Here’s the cheapest solution to complete TOTS Filip Kostić right now, according to FUTBIN, a website that specializes in FIFA content.