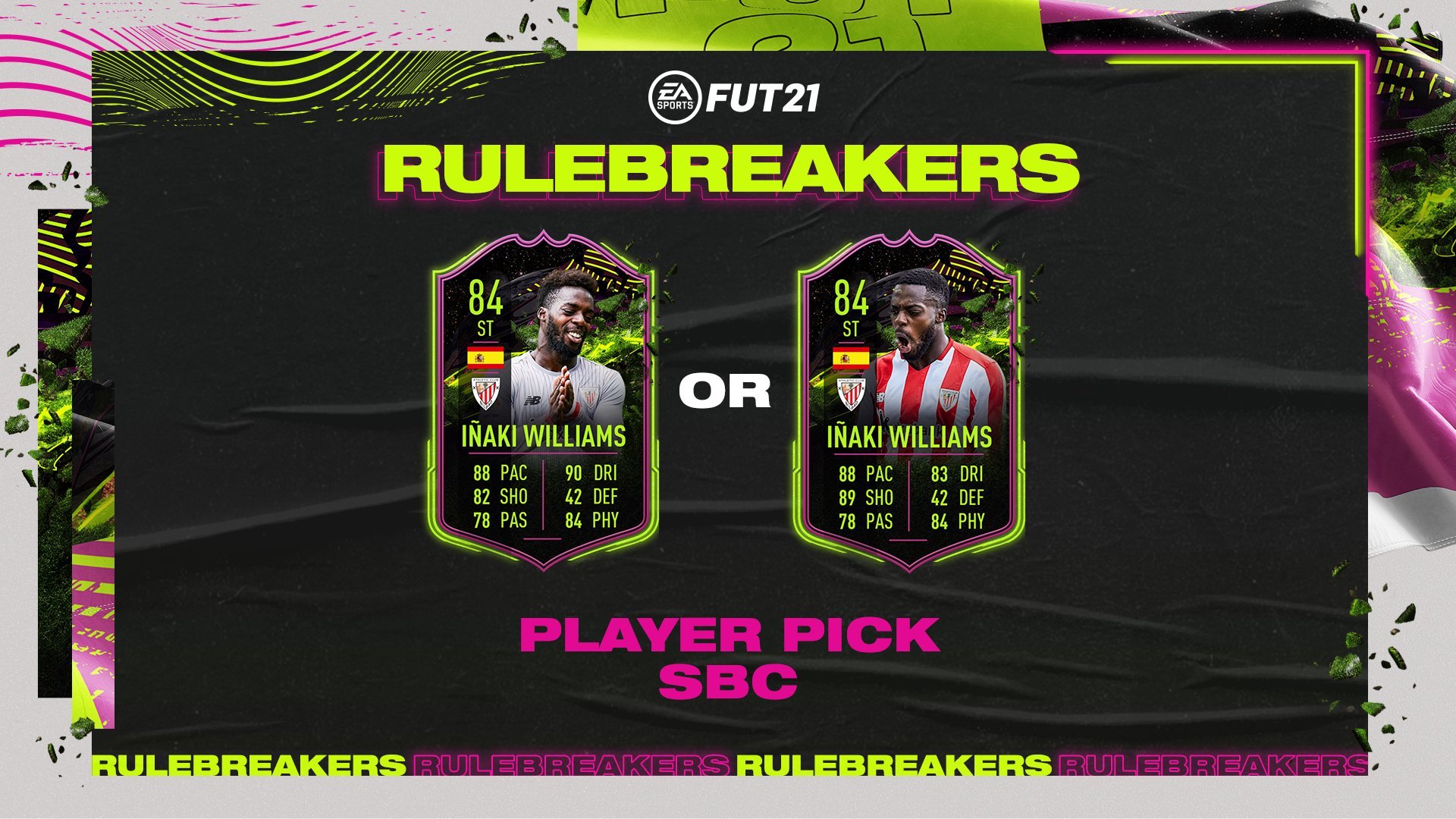 This player pick SBC is part of the Rulebreakers’ promo that arrived today in FIFA 21 Ultimate Team. EA has given permanent upgrades to several cards, including Williams, which will be available in the SBC menu until Oct. 30.

This SBC costs around 115,000 FUT coins on any platform at the moment, which is reasonable for a card that is great at this stage of the game, mostly because of its Pace. You can link Rulebreakers Williams with the Player of the Month (POTM) 86-rated SBC version of Ansu Fati from Barcelona, which will still be available for over two weeks.

Here’s the cheapest solution to complete the Rulebreakers Williams player pick SBC right now, according to FUTBIN, a website that specializes in FIFA content.