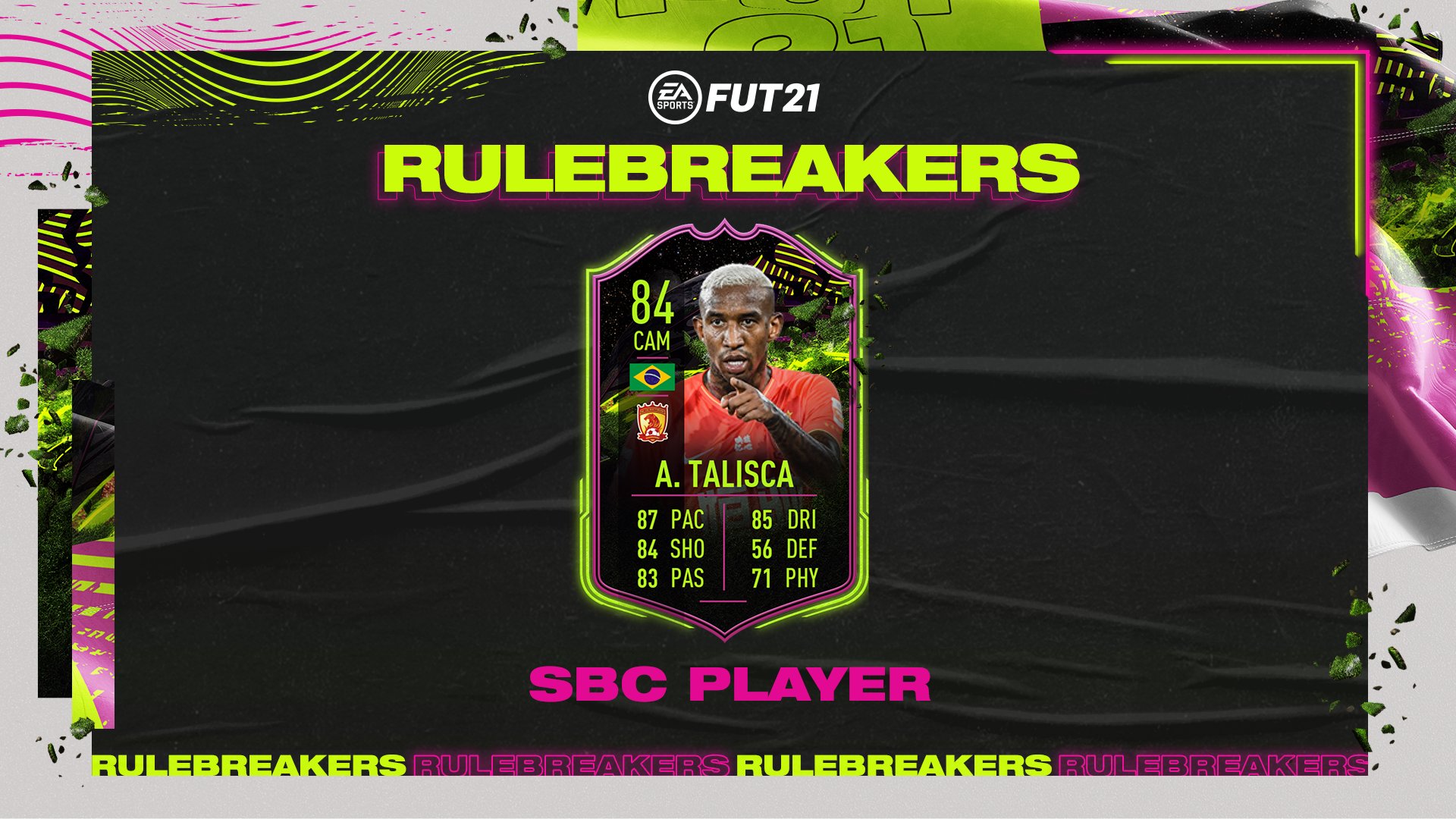 EA has boosted almost all of Talisca’s stats aside from his Physical, including Pace (+7), Dribbling (+3), Shooting (+2), and Passing (+2), when you compare Rulebreakers Talisca to his 82-rated gold version.

This SBC costs around 70,000 FUT coins on Xbox One and PC, but it’s a bit cheaper on PlayStation 4 (60,000 FUT coins). It’s a good card at this stage of the game and you can take the most of it if you use the hunter or engine chemistry style to boost his stats even more.

If you want to complete Rulebreakers Talisca SBC, you’ll need to turn in one 85-rated squad with 60 chemistry minimum and at least one Brazilian player.

Here’s the cheapest solution to complete Rulebreakers Talisca SBC right now, according to FUTBIN, a website that specializes in FIFA content.