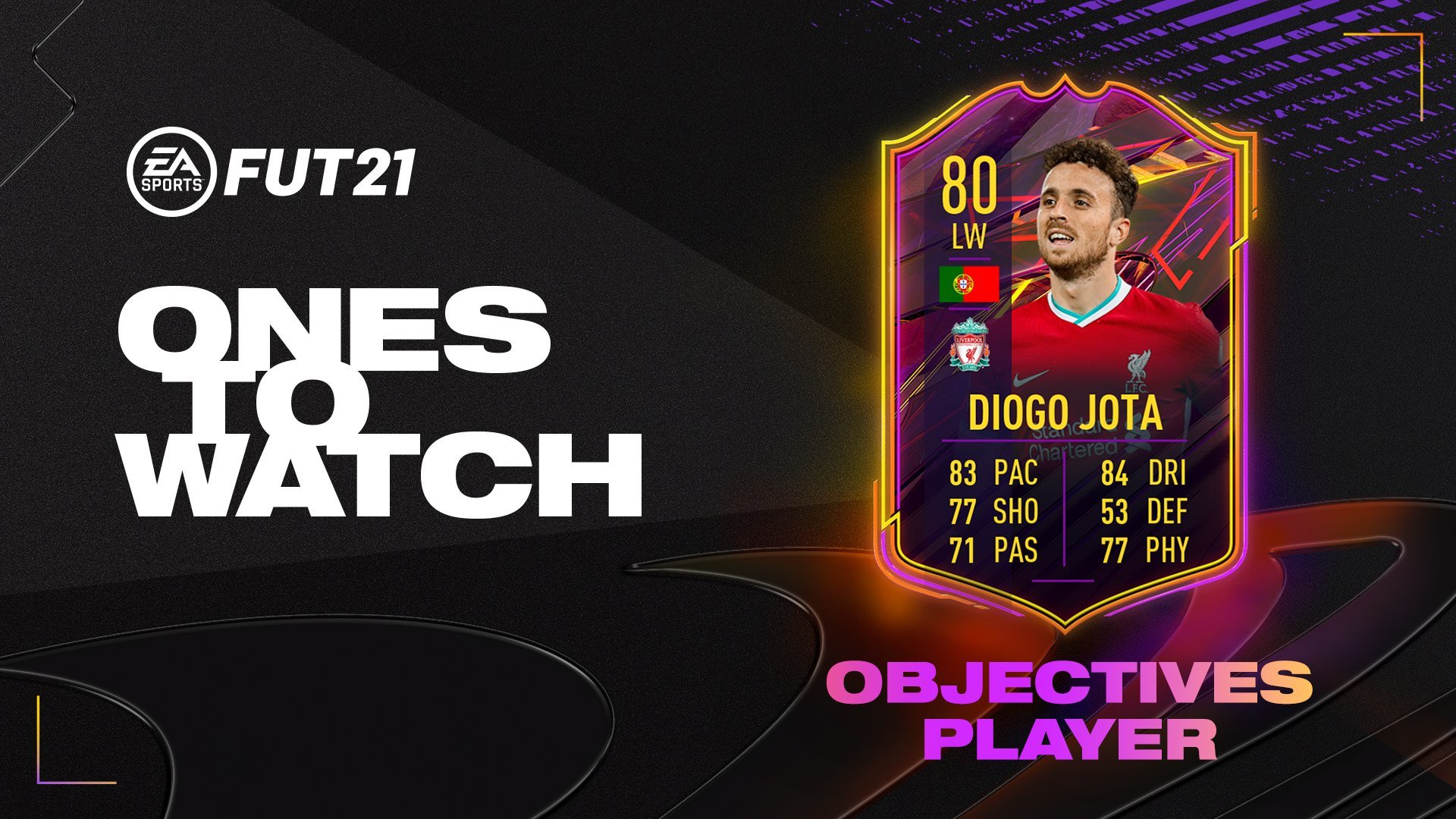 It’s a Ones to Watch (OTW) 80-rated version of Diogo Jota from Liverpool. He was added alongside the first set of OTW cards and the OTW Thiago Silva squad-building challenges (SBC). The OTW Diogo Jota objectives will be available until Oct. 21.

The OTW concept consists of giving special cards to players who transferred to another club for the 2020-21 soccer season. Jota moved from Wolverhampton Wanderers to Liverpool last month. The OTW cards are updated every time the player receives a Team of the Week (TOTW) version, so they’re valuable assets in Ultimate Team.

Some of OTW Jota’s objectives can be completed in Squad Battles, but the majority of them have to be done in Division Rivals matches. None of the five objectives require you to win matches, though.

Here are all five objectives that you have to complete to earn OTW Jota card.