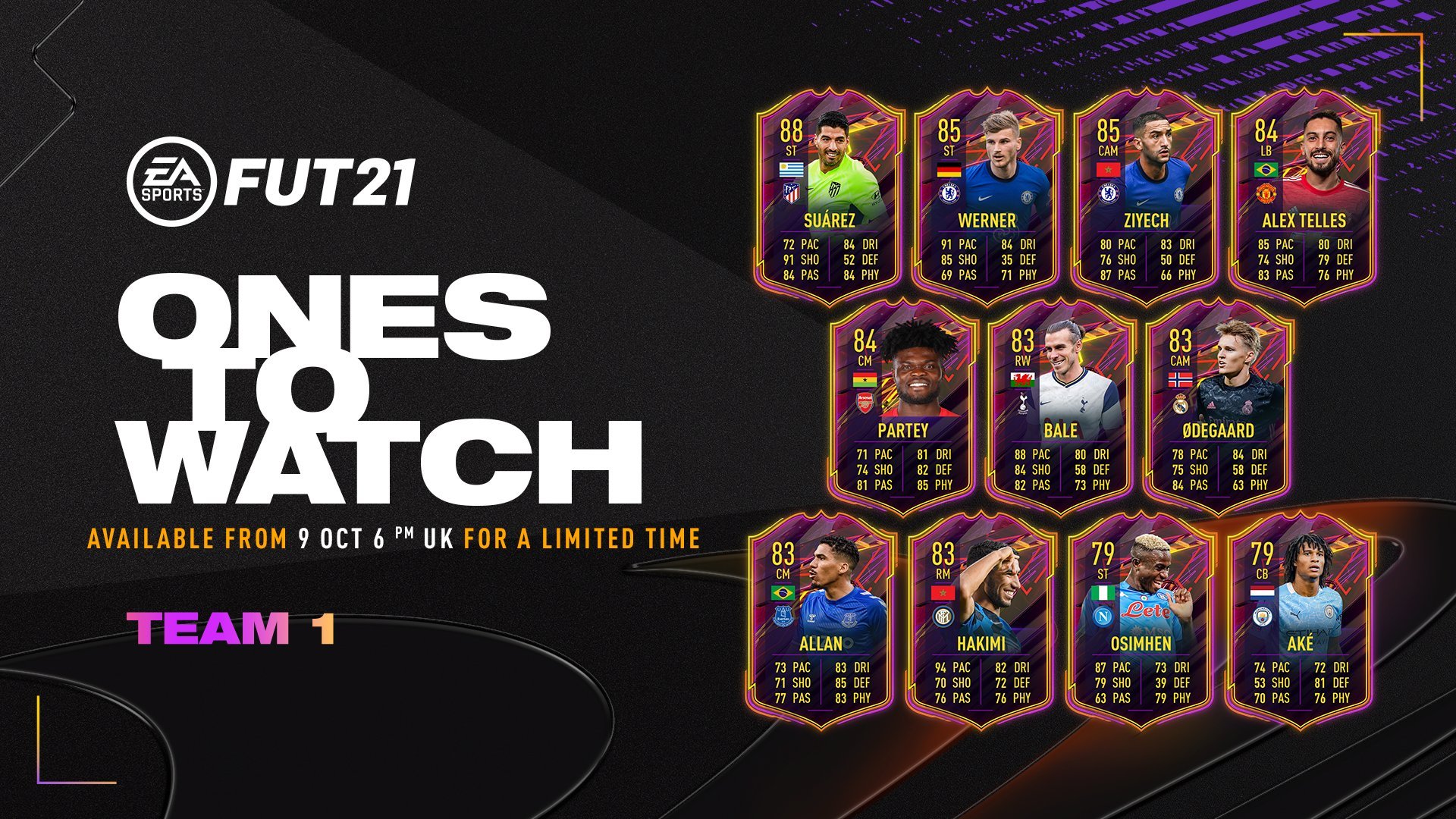 The OTW cards are basically given to soccer players who transferred to a new team for the 2020-21 season. Timo Werner, for example, moved from RB Leipzig to Chelsea during the offseason. The OTW version is updated every time the player earns a Team of the Week (TOTW) card, so they’re a valuable asset—especially if the player in question score goals regularly, which is the easiest way to earn a TOTW card.

The first set of OTW cards will remain in FIFA 21 Ultimate Team packs until next Friday, Oct. 16, at 12pm CT. You can buy packs to test your luck or gain packs through FUT Draft mode, Squad Battles, and the Weekend League, which will give you packs as rewards.

There are two other OTW cards available, too. EA added OTW Diogo Jota from Liverpool as an objective player and Thiago Silva’s OTW version in squad-building challenges (SBC). You’ll have until Wednesday, Oct. 21 to complete Jota’s objectives and until Oct. 16 to complete Silva’s SBC.

Here are all of the OTW cards that EA added today.