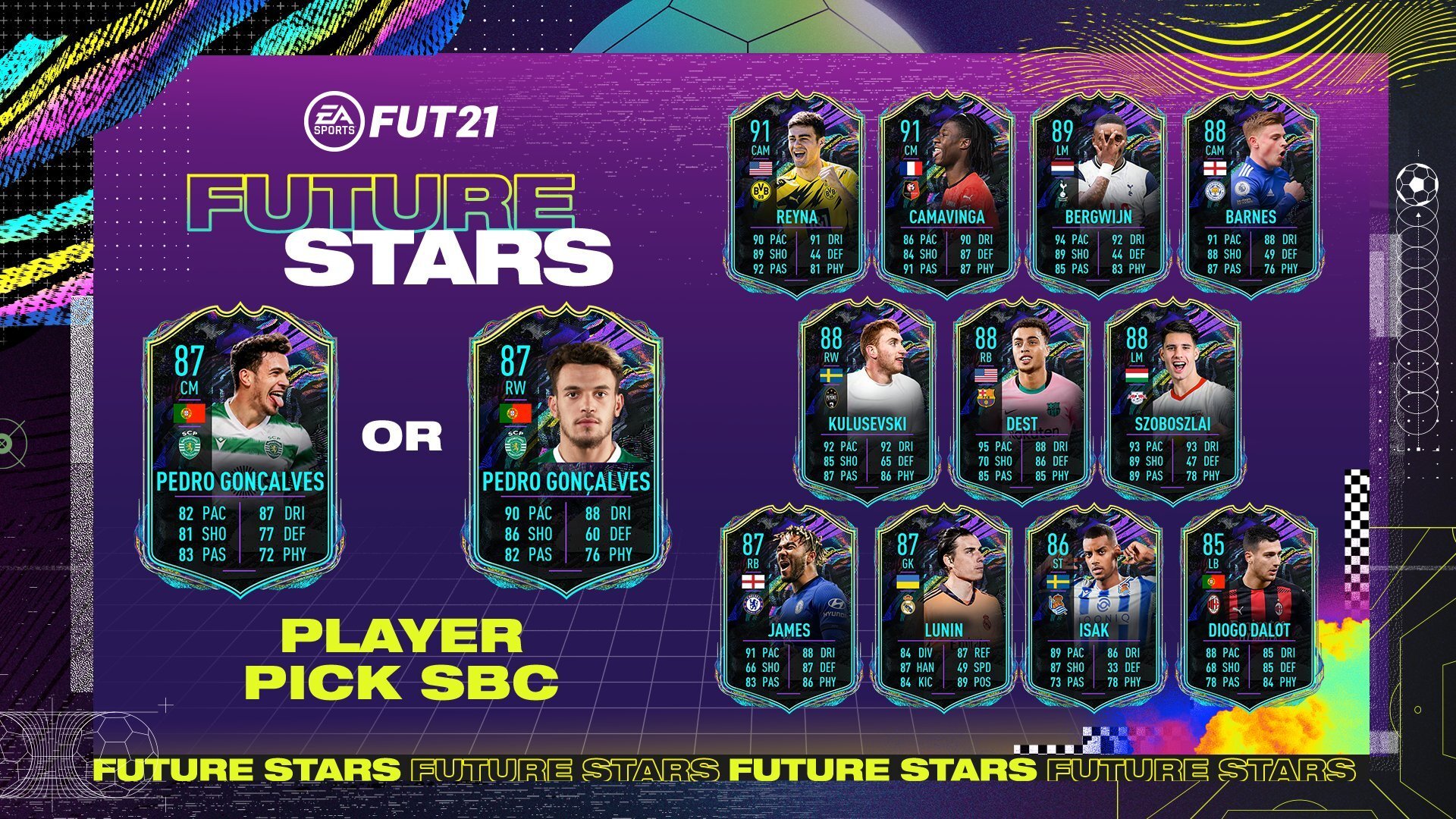 This Player Pick SBC is part of the Future Stars’ promo that arrived on Feb. 5 in FIFA 21 Ultimate Team. EA has given permanent upgrades to several cards and will bring a new team and four upgrades for selected players each week.

If you want to complete the SBC, you’ll have to choose the version that fits your playstyle the most. The first version is a right-wing, while the second one plays as a center midfielder. We recommend the first option because when you apply the maestro or marksman chemistry style, its skills surpass 90 ratings and you can play it as a center attacking midfielder.

This SBC has the same price for either card and costs around 145,000 FUT coins on any platform at the moment. You can find similar tradable cards for cheaper, but if you use Liga NOS players, this is a good option to add to your team because of the strong links they’ll be able to make.

Here’s the cheapest solution to complete the Future Stars Pedro Gonçalves Player Pick SBC right now, according to FUTBIN, a website that specializes in FIFA content.