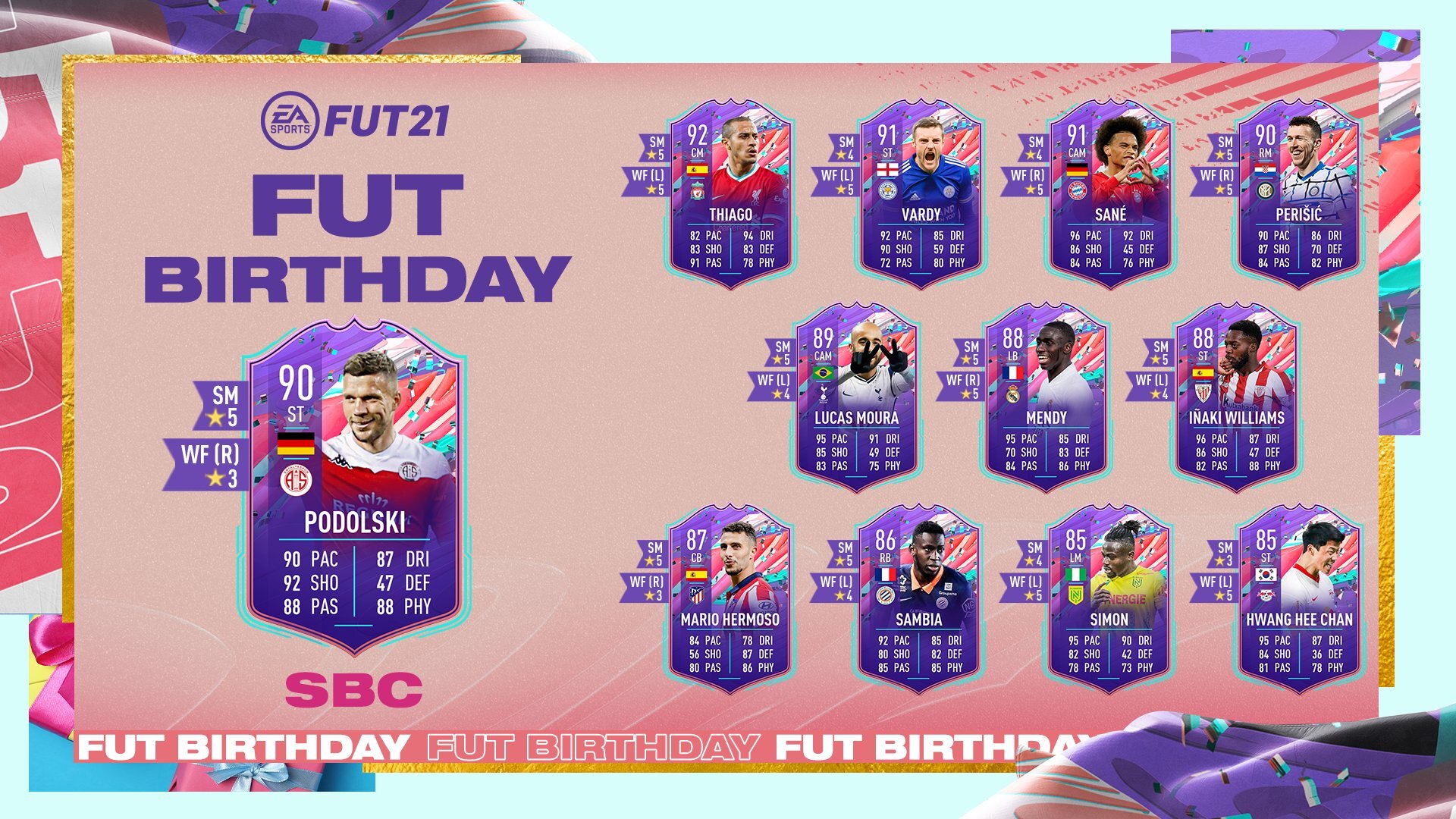 EA Sports added a 90-rated FUT Freeze version of Lukas Podolski from Antalyaspor to FIFA 21 today. This item will be available through the squad-building challenge (SBC) menu in FIFA 21 Ultimate Team.

Podolski is a part of the first set of the FUT Birthday cards. The FUT Birthday promo was launched today and will feature players with a five-star upgrade to either their skill moves or their weak foot rating in addition to newly boosted stats.

This is Podolski’s first special card in FIFA 21 Ultimate Team. EA Sports incredibly upgraded all of his stats, including Physical (+16), Dribbling (+13), Shooting (+13), Passing (+11), Defending (+6), and especially his Pace (+39), when compared to his 75-rated silver version. His skill moves were upgraded to five stars while his weak foot remained at three stars.

FUT Birthday Podolski costs around 204,500 FUT coins on PlayStation 4, 141,750 on Xbox One, and has a higher price on PC (221,700 FUT coins). He’s a bit overpriced considering there’s no chemistry style that makes FUT Birthday Podolski’s skillset well rounded, but it’s still an amazing card. The engine chemistry style is one of the best options to boost his Dribbling (+6), Passing (+6), and Pace (+5).

If you want to complete the FUT Birthday Podolski SBC, you’ll need to build two squads: Bayern München and National Duty. The first option requires an 82-rated squad with 75 chemistry minimum, one Inform, and at least one player from Bayern Munich. The second squad asks for an 85-rated team with 70 chemistry minimum and at least one player from Bundesliga.

Here’s the cheapest solution to complete the FUT Birthday Lukas Podolski SBC right now, according to FUTBIN, a website that specializes in FIFA content: