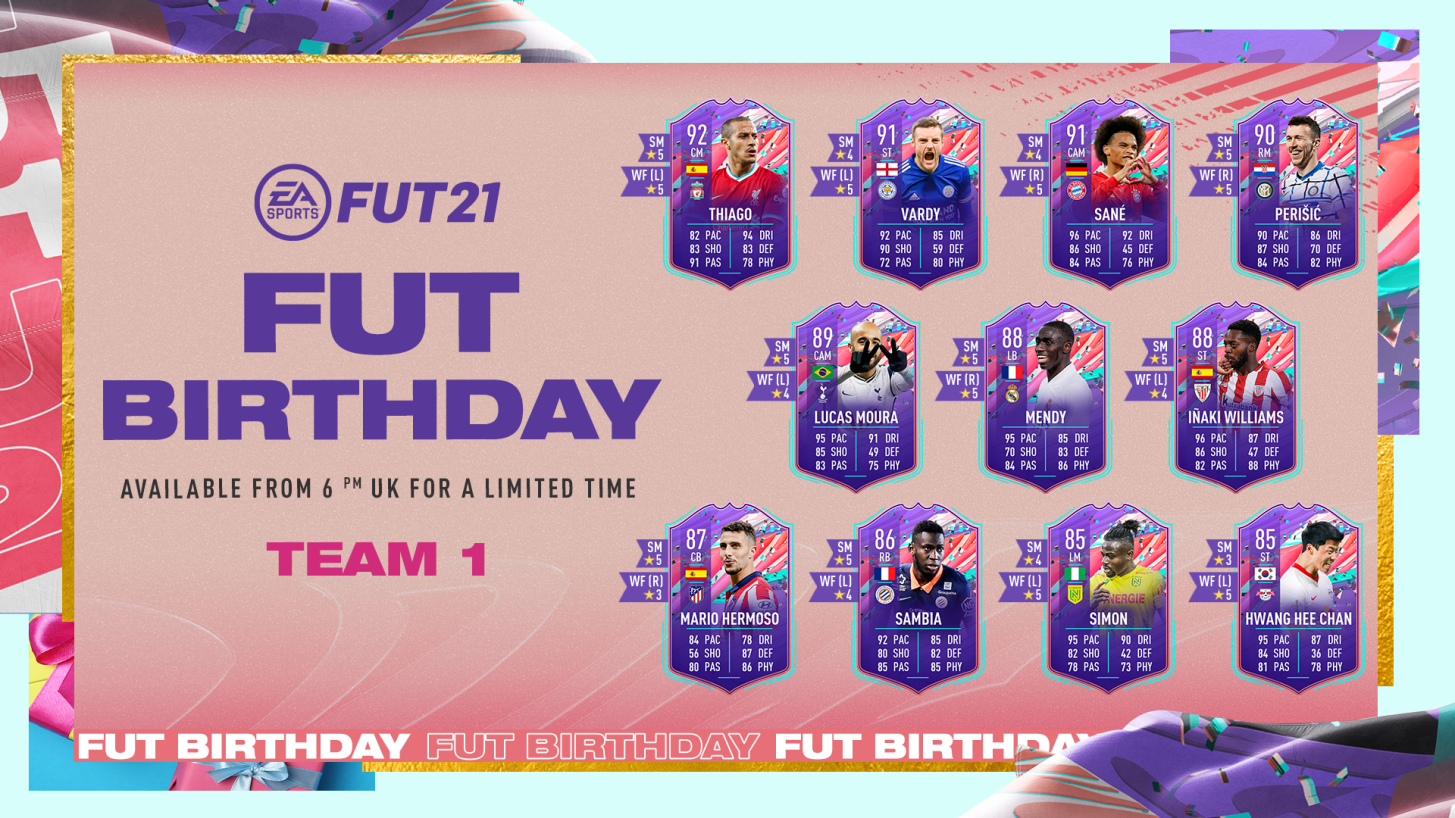 EA Sports is celebrating 12 years of FIFA Ultimate Team (FUT) with a new promo called FUT Birthday. There will be a total of two teams in this promotion and the first one was introduced today.

Each FUT Birthday player released through the unique teams or the SBCs will receive a five-star upgrade to either their skill moves or their weak foot rating in addition to newly boosted stats.

Players can earn different rewards for daily engagement in FUT during the event. EA will release daily FUT Birthday SBCs in honor of previous FIFA games. If you complete four SBCs in a row, you’ll earn the group reward for the corresponding FUT Birthday Objective.

In addition to this promotion, players will be gifted a set of rewards, ranging from the Jumbo Premium Gold Pack to the Ultimate Pack, depending on how many unique days they’ve played FIFA 21 since its launch on Oct. 9.

Here are the rewards corresponding to how many days you’ve played.

Players must log in before April 9 to redeem their reward, which implies that’s the last day of the FUT Birthday promo.