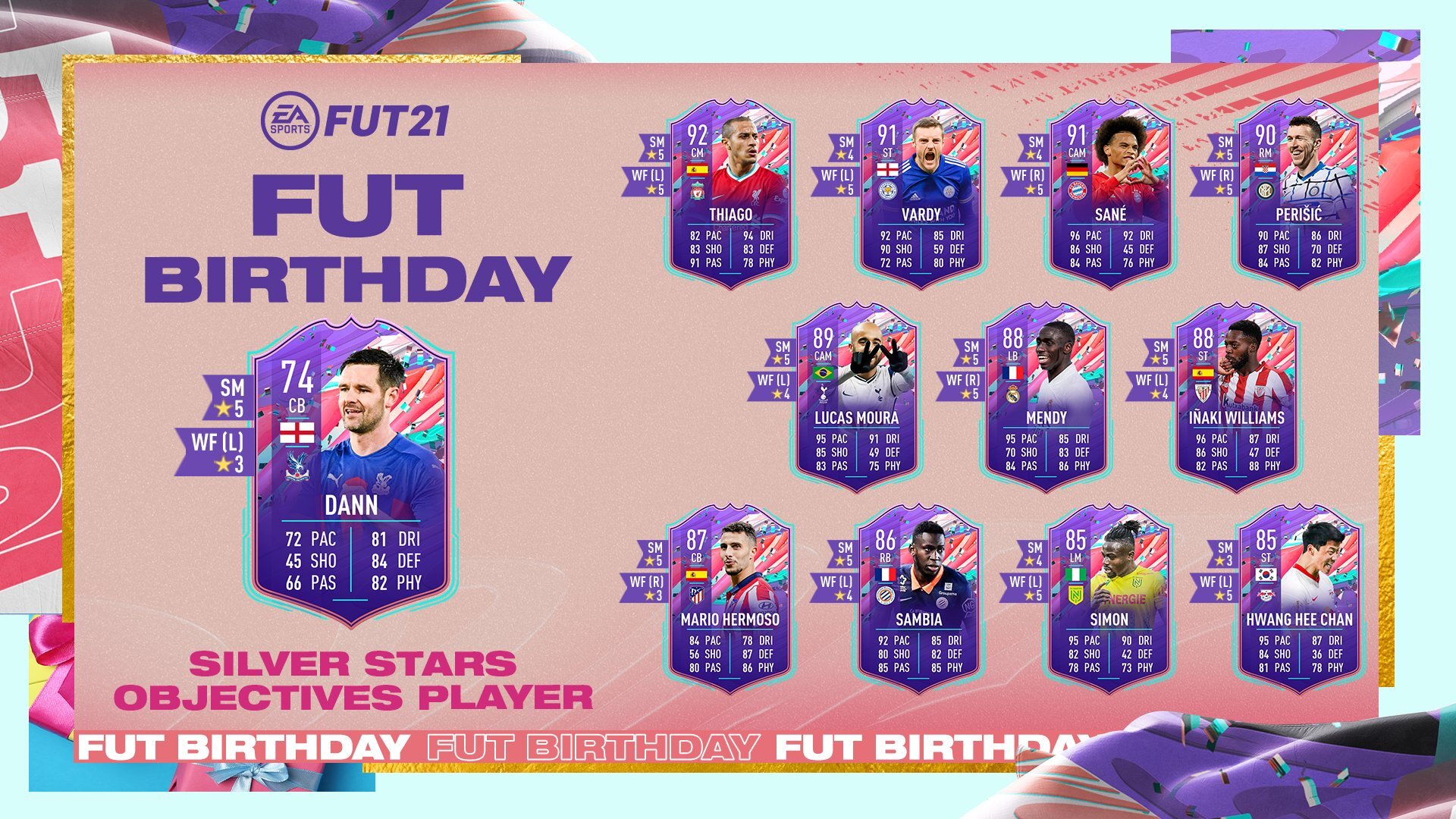 Dann is a part of the first set of the FUT Birthday cards, making this his first special version in FIFA 21 Ultimate Team. The FUT Birthday promo was launched on March 26 and will give players a five-star upgrade to either their skill moves or weak foot rating, in addition to newly boosted stats.

The concept of Silver Stars consists of releasing boosted versions of silver cards in Ultimate Team. Silver Stars Dann’s objectives will be available until April 7.

EA massively increased Dann’s Pace (+40) and Dribbling (+32), while generally increasing his Physical (+18), Passing (+18), Defending (+7), and Shooting (+5) when compared to his silver version. His skill moves were upgraded to five stars while his weak foot remained at three stars.

Here are all of the objectives you need to complete to earn FUT Birthday Scott Dann Silver Stars.