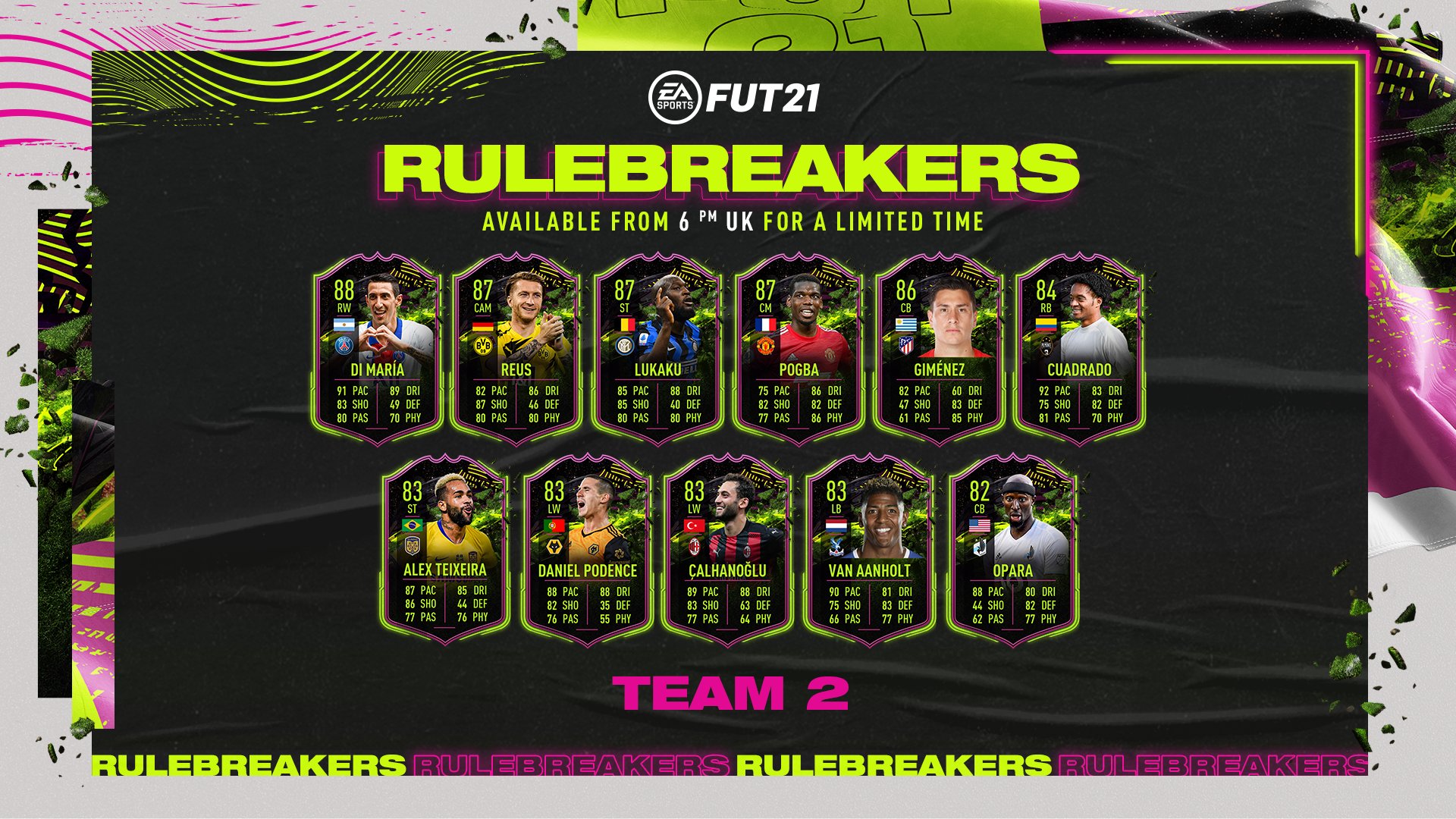 The promo kicked off last week with several new versions of players “who defy the status quo,” according to EA’s official website. The majority of these new cards will be available in FUT packs for four days, which you can buy with FIFA points or earn by completing objectives, playing FUT draft, Squad Battles matches, Weekend League, or Division Rivals.

Aside from packs and the market, there are two players available through other methods. You can pick one out of two 85-rated versions of Karim Bellarabi from Bayer Leverkusen in squad-building challenges (SBC) and there’s a special 74-rated version of Adebayo Akinfenwa from Wycombe Wanderers obtainable through in-game objectives.

Here are all of the Rulebreakers cards that EA added today.