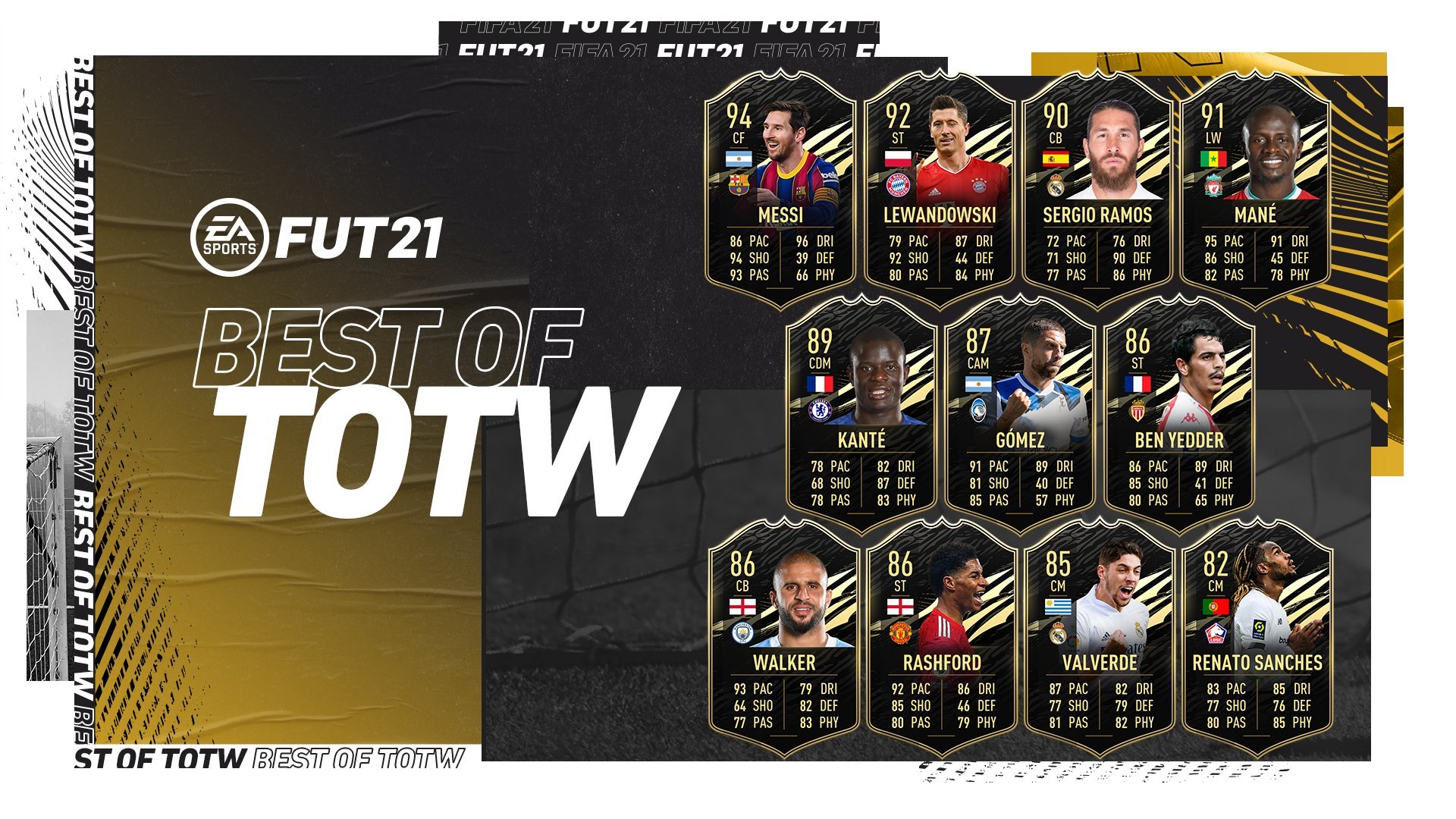 The best old TOTW cards added again to FIFA 21 Ultimate Team include a 94-rated version of Lionel Messi from Barcelona, a 91-rated Sadio Mané from Liverpool, an 89-rated N’Golo Kanté from Chelsea, an 86-rated Wissam Ben Yedder from AS Monaco, and an 86-rated Marcus Rashford from Manchester United. These cards will be in FUT packs until Dec. 1.

If you really want to play with these three Icons, you can complete the loan SBC versions, which are cheap and you’ll be able to use them forever in Friendly matches.

Here are all the Best of TOTW cards added today.