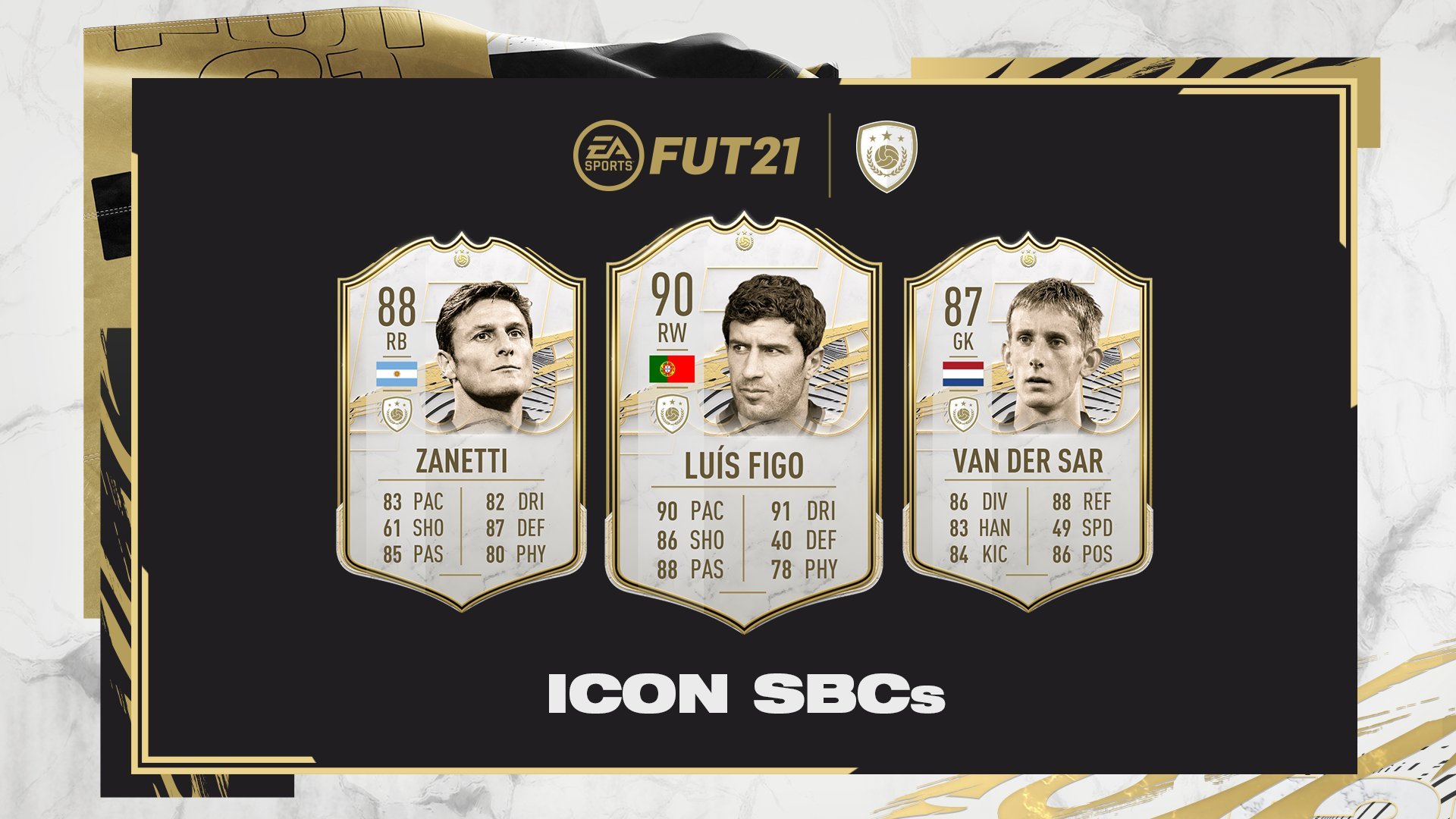 The feature wasn’t used in the last edition of FIFA and Icons were only obtainable through the FUT market, FUT packs, or the Icon Swaps. EA promised to use Icon SBCs in FIFA 21 Ultimate Team, though, because the FIFA player base missed them so much.

The FIFA player base, however, isn’t too happy with the first Icon SBCs. The legendary players EA chose aren’t the best ones available in the game and the SBCs are a touch expensive. The Figo SBC, for example, costs more than one million FUT coins at the moment to build it from scratch and earn an untradeable item, but you can acquire the card for less than 900,000 FUT coins on the FUT market and be able to sell it in the future.

The best solution, if you want to play with these three Icons in FIFA 21 Ultimate Team right now, is to complete the Loan versions, which are available for all three cards for a cheap price.