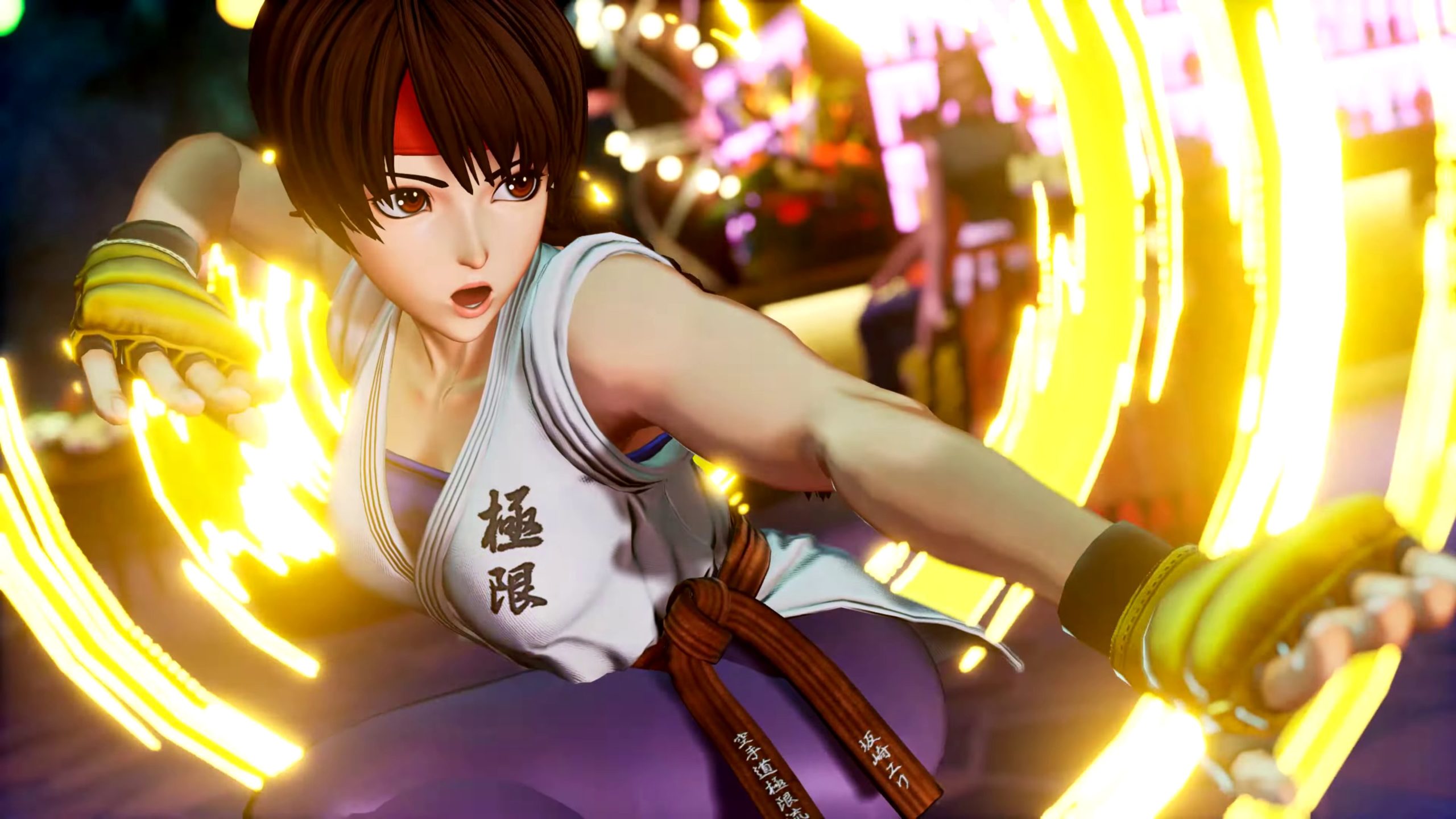 Yuri Sakazaki is the latest fighter confirmed for the King of Fighters XV roster as SNK released a new gameplay trailer for the game.

Originally, fans of the franchise were hoping last week’s reveal of Andy Bogard would lead into his brother Terry Bogard being revealed this week, but it instead focused on a different set of siblings that might share the ring.

Yuri is the younger sister of Ryo Sakazaki and the first female practitioner of Kyokugenryu Karate after originally being a damsel in distress, though her discipline is actually the lowest-grade version of the style. Ryo is the main character of the Art of Fighting series and Yuri is typically seen arguing with him about her desire to improve herself and show she can be independent.

As her nickname, Wild Flying Swallow, implies, many of her moves involve aerial movement or are thrown out very quickly. Yuri, like most other fighters from SNK’s titles, can throw projectiles using her chi and implementing fire into the attacks.

Yuri is now the 12th fighter that has been revealed for KoF XV, and, along with Andy from the last announcement, is one of several fighters that doesn’t have a team locked in for the final roster. However, if the KoF XV is going to be as big as some fans speculate, it wouldn’t be shocking to see King appear and team up with both Yuri and Mai Shiranui once more.

SNK continues to drop new information about KoF XV every week, so you can likely expect the 13th fighter to get a trailer next week.