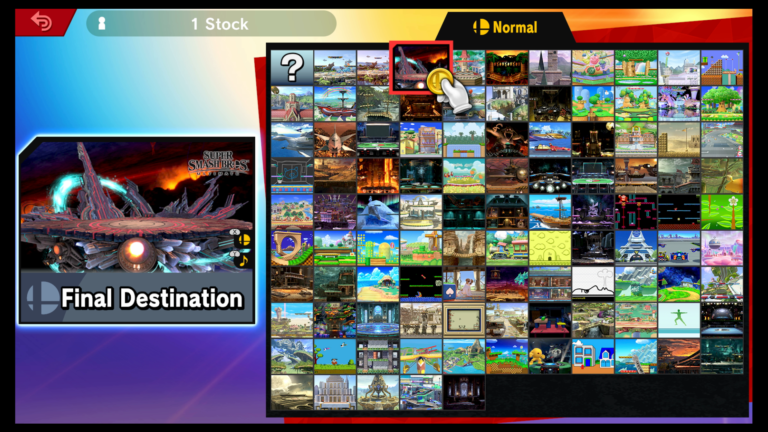 If you want to turn yourself into the next Super Smash Bros. Ultimate competitive player, then you need to learn about the various legal stages in the game.

What are legal stages?

How are legal stages decided?

Legal stages fall into three categories: A neutral/starter stage that’s always played in the first game, a counter-pick stage that’s chosen after the first game of a set that gives slight advantages to certain characters, and banned stages that can’t be chosen at all for various reasons.

All stages used competitively will also always turn off stage hazards and transformations to remove RNG from the game. This gives stages like Pokémon Stadium 2 the chance to be potentially viable.

In most cases, each tournament organizer or the Smash community might have their own idea on which ones are viable and most will likely use different stages depending on where you go. As such, we advise asking your local competitive community on what its legal stages actually are before trying to compete.

Legal stages could also change over time to accommodate for external factors, such as a character being too overpowered on a particular stage. Meta Knight’s rise in Brawl is one example of this since players banned any stage where he had too much of an advantage.

What are the legal stages in Ultimate?

These stages rarely show up, but can be at certain events from time to time. Most of the time, though, they’re just banned. Be sure to check your tournament’s rules and banned stages before practicing on any of these.

Of course, this list could be changed in time, so we’ll be sure to restructure it based on competitive and community feedback.