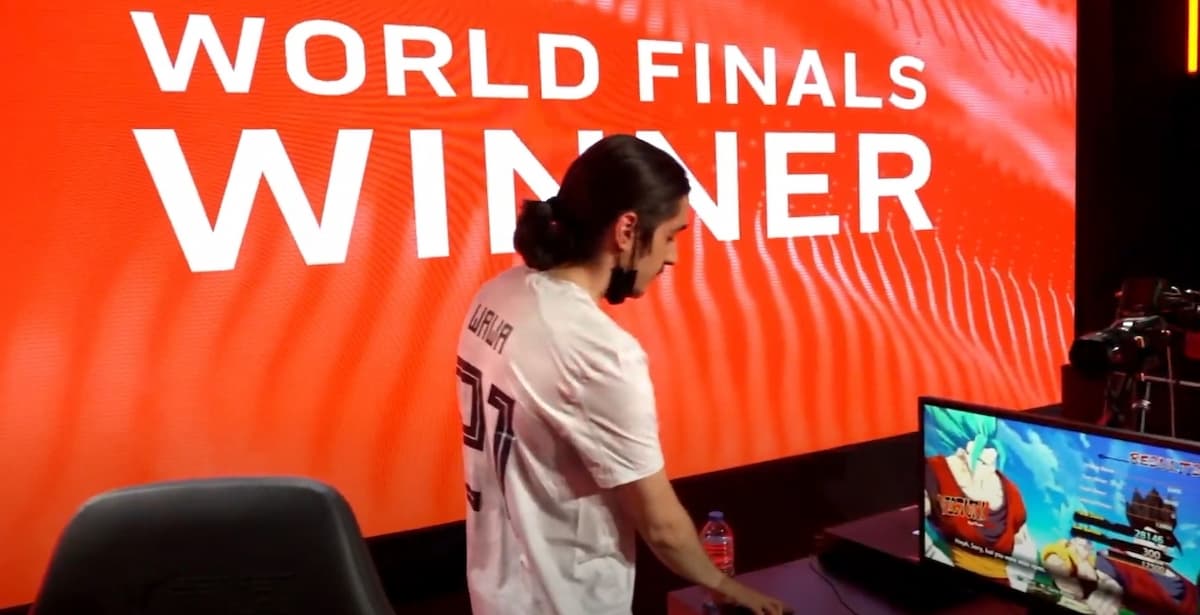 It was a bit longer than a seven-day wait for this tournament but the Dragon Ball FighterZ world champion for the 2021-22 season has finally been crowned, with Wawa completing a perfect finals bracket run to officially claim the title of the game’s best player.

This was arguably the French player’s cleanest event ever, crushing the competition with a 9-0 record against many of the world’s best players, including a dominant showing against Nitro, winning the final series without dropping a single character.

Prior to this event, Wawa was largely considered the best active player in DBFZ and he has now proven he can do it consistently without the previously “broken” fallback of Android 21 (Lab Coat) after the game’s recent balance adjustments. His Gogeta (SSGSS) and Vegito (SSGSS) have only gotten stronger, and the more recent return to Gohan (Adult) rounding out his current lineup shined through yet again when paired with Wawa’s precision offense.

Throughout his run, Wawa swept Fenritti and Nitro twice to win it all. This is his fourth Major win of the year, and his third straight following CEO 2022 and Heat Wave 2022, while using the same team composition from Heat Wave.

Bandai Namco Esports also confirmed Brazil and the Middle East will be added as separate, competitive regions for the Dragon Ball FighterZ World Tour 2022 season. Regions not included in the now 13 individual Region Leaderboards will also be able to qualify through the “Extended Division,” which will include all players on a single leaderboard from other regions, with the top player getting an invite to the 2022 World Finals.

The organizer also confirmed Evo 2022, VSFighting 2022, and East Coast Throwdown 2022 will be the first Power Events of the next DBFZ circuit.