More on the way? 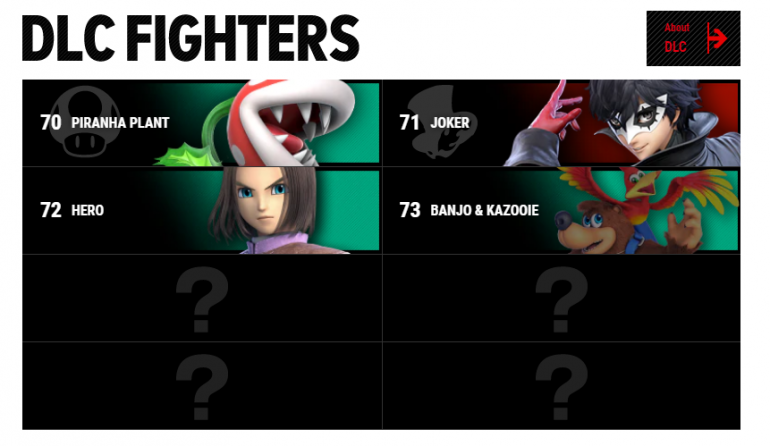 After the reveal of the Dragon Quest Hero and Banjo Kazooie as the second and third Fighters Pass DLC characters respectively, Nintendo went ahead and added them both to the website.

There should only be two more DLC fighters left in the Fighters Pass coming to the game before the first half of 2020, so two more slots appearing on the website raises a lot of questions on what it could be hinting towards.

The first, and more obvious idea on why the two extra slots could be there, is that it is just a mistake of Nintendo’s part when updating the website, so we could expect to see them remove them later.

The next potential theory could point at Echo Fighters for the characters coming to the game in the future. Each Echo Fighter currently in the game has its own character page on the website, so the future DLC fighters could also come with an echo fighter page.

Whatever it turns out to be though, its best to step back from speculation until Nintendo actually confirms that more DLC characters are on the way.

Update June 12 4am CT: The two extra slots have since been removed by Nintendo with the DLC characters moving to the top of the Fighters page.