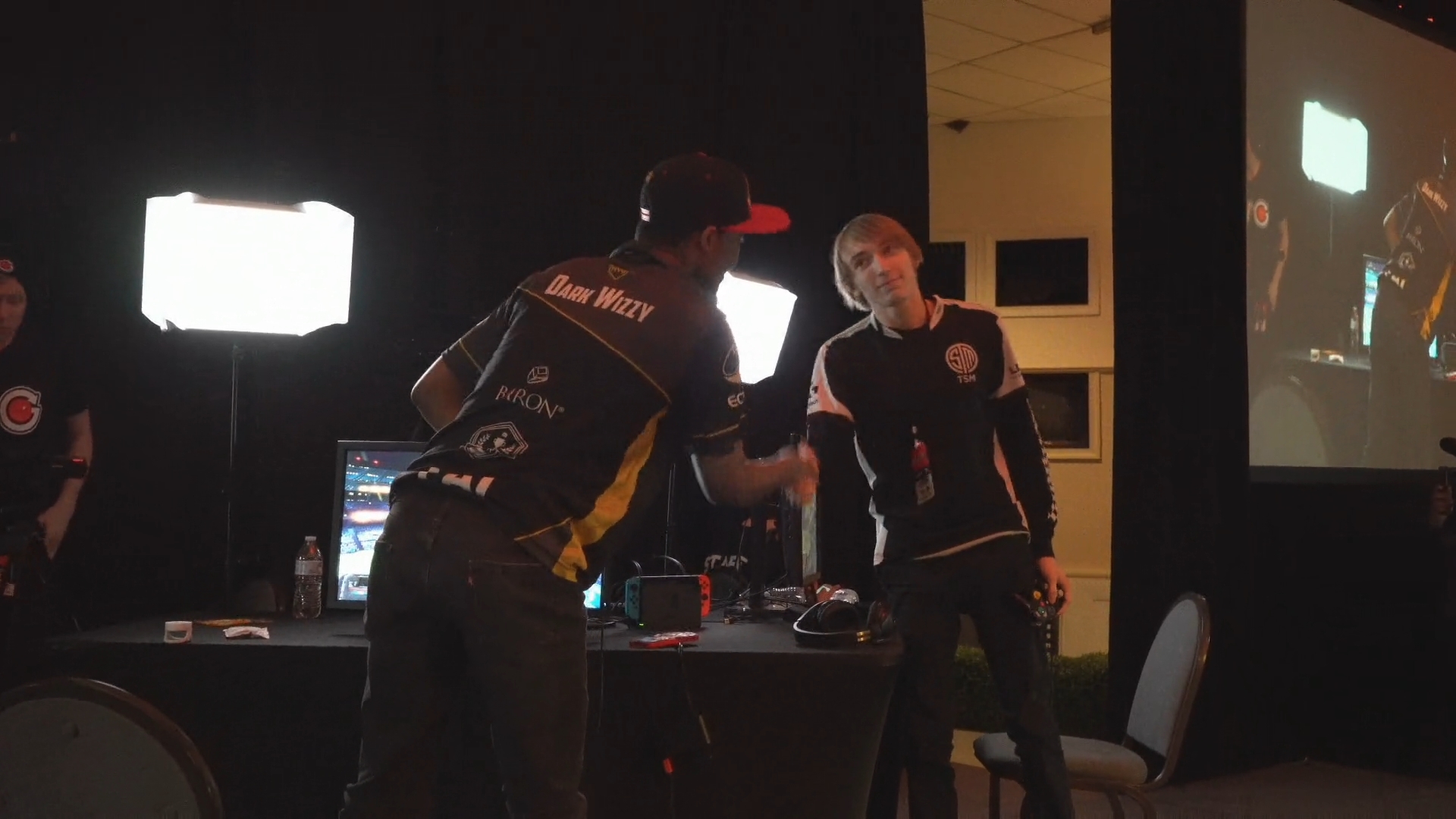 The 3-1 win over Dark Wizzy in the grand finals reset was Tweek’s first Major victory since winning Low Tier City 7 last July over Samuel “Dabuz” Buzby. This was also the first time he was testing out Roy in bracket play this year while still searching for a main.

Despite rotating between characters throughout his matches, Tweek had a fairly simple path to the grand finals, only having to play Chris “WaDi” Boston, Guillermo “Stroder” Martinez Jr., and Wizzy the first time to make it that far. Considering he got to avoid other top players like Eric “ESAM” Lew and Dabuz, it worked out well in his favor.

Tweek mostly stuck with Wario throughout his bracket matches, usually dispatching his opponents in four or fewer games. Wizzy was the first player to actually make him swap off of Wario after beating him 2-0 before Tweek pulled out Wolf and reverse swept him.

But despite losing like that, Wizzy wasn’t going to let his run end there. The best Mario in the world traded blows with ESAM in the losers finals, showing off some incredible combos and mixups, including one massive double grab to end game three.

That series ended in a clean 3-1 win for Wizzy, who claimed the highest finish of his Ultimate career just by making it to the grand finals.

Upsetting the Glitch 7 champion wasn’t easy, but beating the Glitch 6 winner was going to be even harder. Even knowing that Tweek would be ready for him, Wizzy went in and was playing a fluid set, pulling off great combos and successfully shutting down the Wolf that ended his winners bracket run.

By game three, Tweek had to swap off of Wolf and onto Roy in hopes that the move would confuse Wizzy and give him the matchup advantage.

Even though the game was still close, the Mario main was taking things very carefully and spacing around Roy’s sword with ease. He completely controlled the tempo of the match and ended up resetting the bracket 3-0 with all momentum on his side.

Tweek looked shaken up, going back to Wario for a comfort pick and trying to match Wizzy’s aggression in the true finals. It ended up not working out in game one, but he got some nice combos going in game two and was able to land a Waft to go up big.

Game three is where Wizzy started looking a little nervous and began rushing to get a kill, leaving himself open to Tweek’s methodical combos. The Mario main was constantly punished for rolls or trying to get a sneaky reverse Up Smash in while Tweek had plenty of time to react.

Down 2-1 and on his tournament stock, Wizzy valiantly fought back and put Tweek down to one stock too, even baiting out a potential game-ending semi-Waft on a missed combo from Wario. But it was too late to turn things around since Tweek was already up big and he was able to finish things off with a simple punish to Wizzy’s get up off ledge.

This win puts Tweek in a great spot heading into Genesis 7 this weekend and gives him his third Glitch title, having won Glitch 4, 6, and now 8. Dark Wizzy finished with his best placement at a Major and will also be looking ahead to Genesis, which begins on Jan. 24.