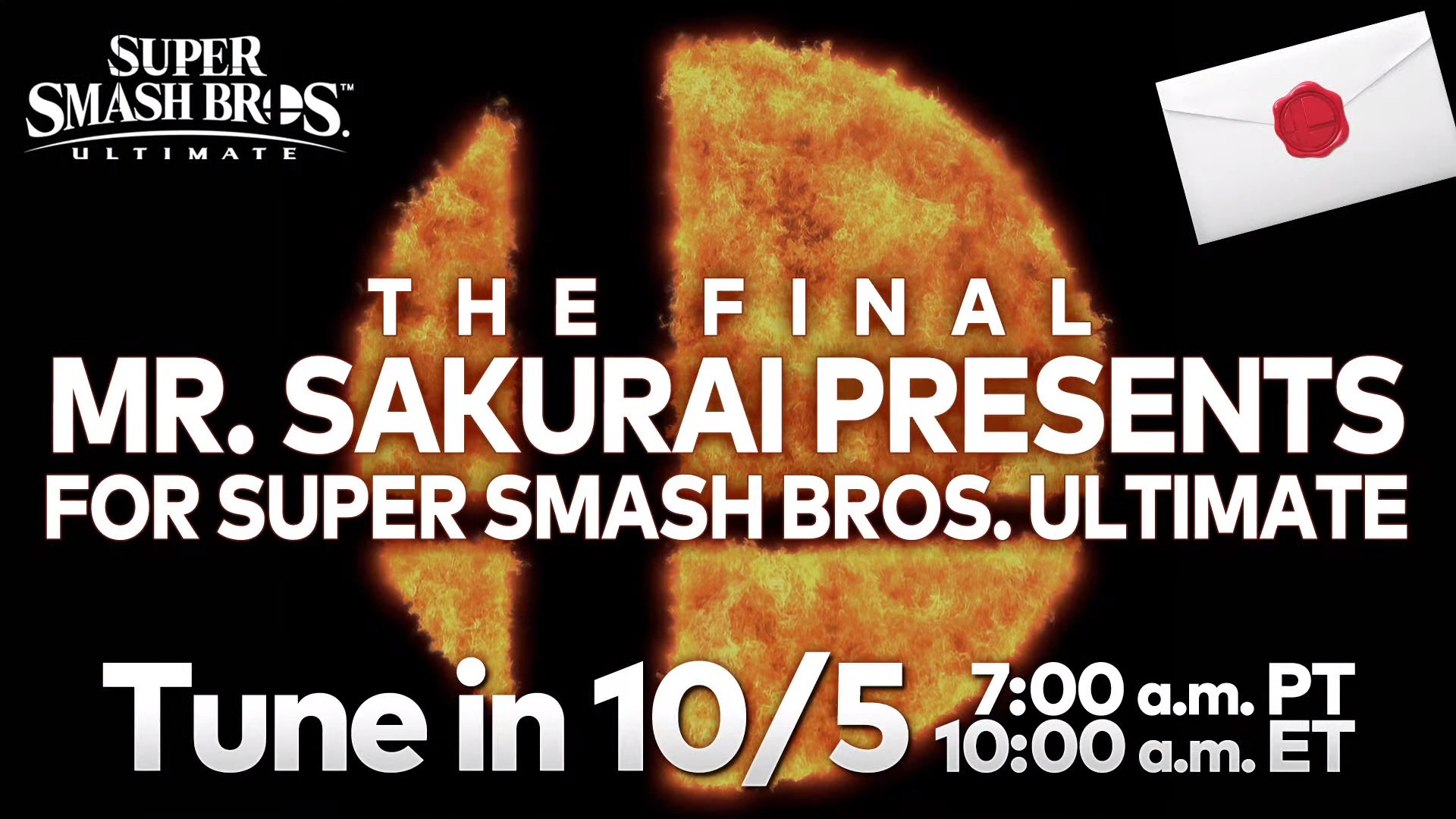 Super Smash Bros. Ultimate has received consistent content updates and DLC since it first launched for Nintendo Switch on Dec. 7, 2018. However, with the upcoming reveal of the sixth and final fighter of Fighters Pass Vol. 2, that DLC stream is coming to an end.

During the most recent Nintendo Direct, Nintendo confirmed that a new “Mr. Sakurai Presents” broadcast will be streamed on Oct. 5, where the new fighter will be revealed.

This is being called “The Final Mr. Sakurai Presents,” further backing the previous announcements that this will be the last character added to Ultimate after two seasons of DLC.

These broadcasts typically have Smash series creator Masahiro Sakurai share development details and other information about new fighters, along with a detailed gameplay showcase. New Mii Costumes, a full list of any new soundtrack additions, and more content are usually revealed during these streams, too.

Nintendo has confirmed that the final broadcast will be roughly 40 minutes long, just like most of the others have been.

Because this is the final presentation, players should prepare for a lot of additional information to be shared about any potential future updates and content for Ultimate beyond characters being added as DLC. More details will be shared closer to “The Final Mr. Sakurai Presents” on Oct. 5.