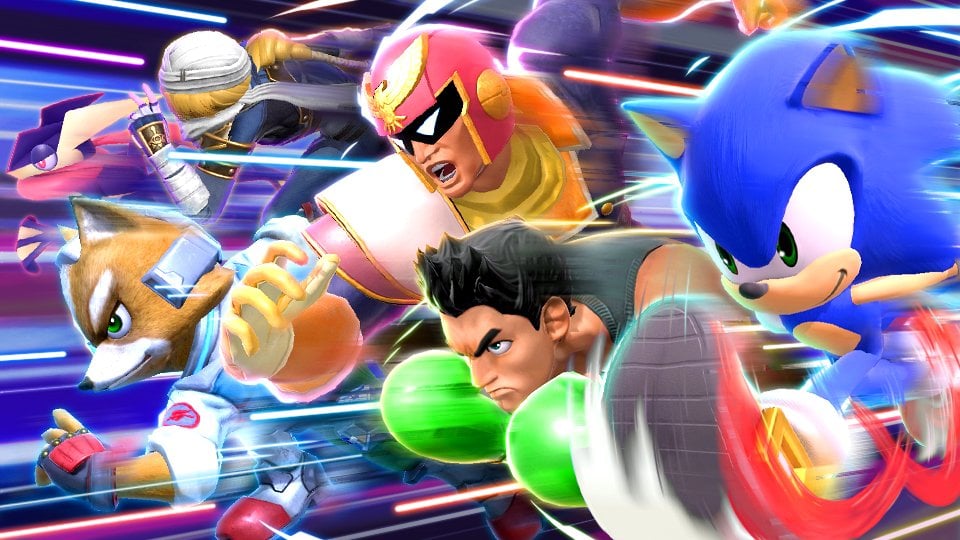 With the expansive roster in Super Smash Bros. Ultimate, there’s a number of different playstyles available to suit most players.

One of the factors that can dictate how a fighter is played is its speed. Traditionally, speed used to be a massive factor in how effective a fighter was dating back to the original Super Smash Bros. for Nintendo 64, where Pikachu’s speed played a large role in its place as the strongest fighter.

Currently, speed does not play as large a role as other traits and abilities such as aerial abilities. But faster characters may lend themselves better to some player’s style.

Each fighter has a speed value that dictates how fast they can move in-game. Here are the fastest fighters currently in Super Smash Bros. Ultimate.

Staying true to his persona, Sonic the Hedgehog is the fastest fighter in the game. This SEGA character was introduced to the franchise upon the release of Super Smash Bros. Brawl and uses his supersonic speed as his main tool for offense.

Sonic’s speed makes him incredibly difficult to catch the fighter in battle and can allow players to run away with a lead. But his speed and range of attacks can cause issues for some players who may not be able to control him.

One of the franchise’s original cast members, Captain Falcon remains one of the fastest fighters in the game.

Falcon can be an effective character, but he isn’t the best choice for new players. This is because Falcon thrives on stringing together combinations that will allow him to eliminate his opponents.

Despite his speed, Falcon does not boast many abilities that stop him from being easy to knock him off the map. Falcon isn’t going to be the right choice for smaller, flat-type maps, but the character’s speed is undeniable.

The boxing champion from Nintendo’s Punch Out!! Series is one of the worst fighters in the game, according to pros and casual players alike. But he’s also one of the fastest characters available.

As a boxer, Little Mac’s ability set is focused heavily on close-ranged combat. To facilitate this, the fighter’s move set and abilities are crafted to allow him to close distances quickly and string together combinations.

Even with his knockout punch ability, Little Mac is a fighter you’re likely going to want to avoid in competitive play.

After significant damage nerfs, Sheik has descended several tiers down the Super Smash Bros. Ultimate tier list, however, one thing that has not seen a nerf is the fighter’s speed.

For Sheik to utilize her speed effectively, she must string together a series of moves due to her low damage output. Putting together these moves can leave the fighter vulnerable though, and being a lighter champion means she’s significantly less durable than many of the other fighters in the game.

This is a fighter for specialists who have mastered her kit and are prepared to play to Sheik’s strengths.

One of the most recent additions to Super Smash Bros. Ultimate, Mythra comes from the Xenoblade Chronicles. Although paired with Pyra, Mythra is by far the superior fighter with incredible speed and an ability to stack up damage fast.

Using her fast speed, players should look to put the pressure on their opponents and work towards landing combinations that can set up finishing blows.

Until we see some significant nerfs, Mythra is an excellent option for competitive play not only for her kill potential but also her edge-guarding abilities.

Another member of the franchise’s original cast, Fox has remained an excellent choice for competitive players over all the games.

With his high base speed, stylish maneuverability is what makes Fox most effective. In the current meta that revolved around aerial attacks, Fox is the perfect choice, boasting not only plenty of edge-guarding potential but also the ability to make his way back from a fall.

If you are looking for a fast character to master for competitive play, Fox is the perfect fighter to choose.

Zero Suit Samus is the lightweight alternative to the traditional Samus fighter, and with the change in weight comes an increase in overall speed.

The champion has a wide range of movement options that allow her to close distance and edge guard effectively. This is another fighter that deals significant damage through a combination of attacks rather than one big shot. Fortunately, her kit is perfectly optimized for this making her one of the better high-speed fighters in the game.

This Pokemon character is one of the best assassin-style fighters in the game. On top of Greninja’s incredible speed, the fighter also has serious KO potential, meaning it can be an extremely difficult opponent to face.

One of its strengths is the range of abilities at its disposal. Where Greninja is dominant is in ground-based combat; its dash attacks are some of the fastest in the game. To complement this, Greninja is also dangerous in the air, boasting high jump height.

As a well-rounded fighter, Greninja is an excellent choice for competitive play.

Unlike many of the other fighters on this list, Mewtwo utilizes a largely ranged moveset with its high speed. Alongside its projectile damage, Mewtwo has excellent recoverability with the use of its teleport.

Even during melee-based combat, the length of Mewtwo’s tail allows the fighter to remain at a distance from enemies.

An issue Mewtwo has is with its durability, but the fighter does have the power to find quick finishes of its own.

Despite being one of the larger fighters, Charizard is also one of the fastest. Boasting devastating power, the speed allows Charizard to quickly deal with and eliminate foes.

With a long-range dash paired with some combination melee attacks, Charizard has a varied style of offense that heavily relies on its mobility to get in on the action.

Given the health penalty for using its dash, Charizard might not be the best choice for new players. But if you can master his skillset Charizard is extremely powerful.