Street Fighter V players have been wondering if the game would be getting another update before Capcom fully shifts focus to Street Fighter 6. And now, those questions have been answered–the SFV Definitive Update will launch on March 29.

This update will contain major balance adjustments for characters across the roster, but Capcom is also using it as a chance to add in a few new features that will give the game some lasting charm.

New Cel Shading and Pixel filters are being added to the game to give fans even more visual options when playing the game. These can only be used in offline modes, as to not impact online performance.

Additionally, new tracksuit colors will be made available for all characters, and CAP-JAMS Remixes for the five newest DLC fighters are being added to the game too. 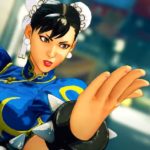 The balance update also looks to include even more changes to how the core SFV gameplay works, giving characters new ways to combo using their EX meters, along with changes for various V-Skills. All of these new options will give players the opportunity to find more ways to pressure opponents and string together moves that previously wouldn’t have been possible.

Outside of bug fixes and balance changes in the coming weeks, based on this patch, the Definitive Update should bring SFV to an official close on March 29 heading into SF6.

With everything going into this, it feels like Capcom is trying to refresh SFV one last time, following in the spirit of how much change the game has gone through since launching in February 2016. And, hopefully, it will inspire players to pick the game back up ahead of competitions like Evo 2022.