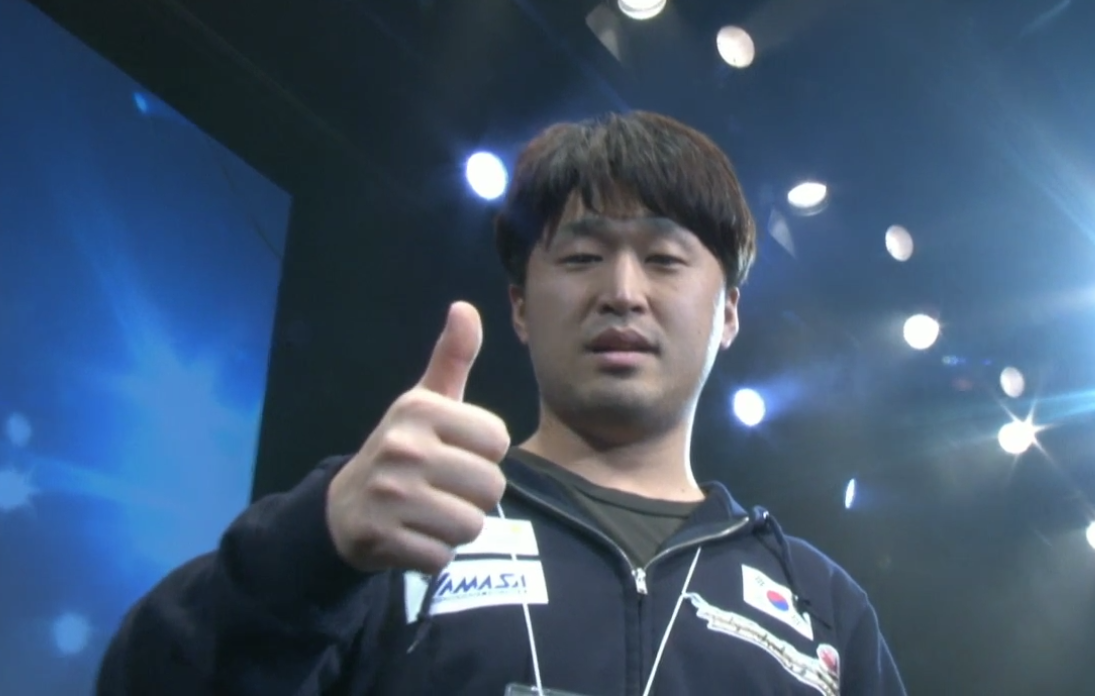 Choi “Saint” Jin-Woo won the King of the Iron Fist global finals in Tokyo, Japan on Saturday. The win was Saint’s second major title of the year, after he took top honors at Evo in July. He follows in the footsteps of Nakayama “Nobi” Daichi who won both events last year.

Saint claimed the title after a pair of victories over Chanel in the grand final. Saint scored a 3–0 victory to send Chanel to the losers’ bracket, then pulled out a memorable 3–2 win that came down to the final round.

Unlike at Evo, most of Saint’s championship run came in the losers’ bracket.

After a 2–0 loss to defending champion Nobi in his first match of the 16-player final stage, Saint went on a tear. He won do-or-die matches against Chikurin, Alexandre “AK” Lavarez, and Nobi to reach the last four of the tournament. Once there, he defeated Karei, the last Japanese player in the tournament. He then knocked out fellow countrymen RushCash and Chanel to claim the tournament title.

Korea and Japan have been head and shoulders above the rest of the world, and the King of the Iron Fist was no different. The two nations took seven of the top eight places at the event. AK of the Philippines, the top finisher among those outside of Japan and Korea, tied for seventh place.

Six players from outside of Asia qualified for the 32-player event, but only one advanced to the 16-player final stage. That man was Tray “Princess Ling” Sherman of the United States, who ended the day in 13th place.

After the event, Tekken series producer Harada Katsuhiro announced that popular characters Kuma and Panda will soon join the Tekken 7 cast. Harada also unveiled an online tournament mode for the game’s upcoming console release in early 2017. It is unclear whether the tournament mode will be incorporated into the qualifying process for next year’s King of the Iron Fist finals.