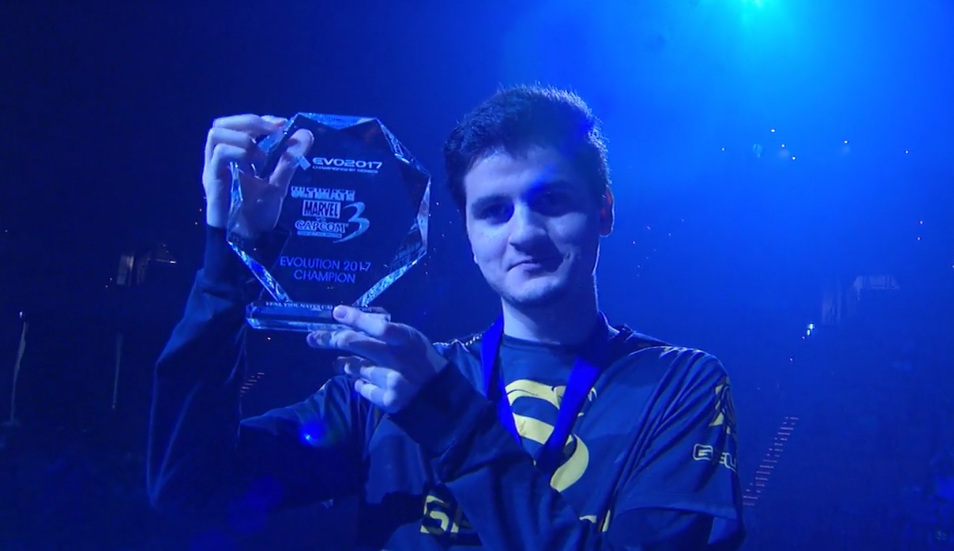 The final Evo appearance for Ultimate Marvel vs. Capcom 3 ended the same way as it had in all of its previous appearances: with a new king on top.

Las Vegas native Ryan “RyanLV” Romero won the Ultimate Marvel vs. Capcom 3 title at Evo 2017 on Sunday. He sealed his win in his hometown by twice holding off reigning champion Christopher “NYChrisG” Gonzaelz; once with a 3-0 victory in the winners final, and again with a 3-2 grand final triumph.

The tournament was the game’s seventh appearance in the Evo lineup, and with Marvel vs. Capcom: Infinite set to release in September, it is widely presumed to be its last. The game made its way into the lineup this year by winning a donation drive that raised over $150,000 for Make-A-Wish International.

In that seven-year span, no player was able to win the title more than once. It appeared that NYChrisG might be the one to break the streak when he recovered from an early 0-2 hole in the grand final to force a fifth game, but RyanLV denied the comeback in a tense final game.

NYChrisG has been on both sides of the repeat coin. Last year, he denied then-reigning champion Nicolas “Kane BlueRiver” Gonzalez (no relation) a second title by defeating him in the grand final.

ChrisG and RyanLV were the two most popular picks to win the tournament as the two players have been the game’s most dominant players over the past year. They entered the weekend as No. 1 and No. 2 respectively in the top two spots in the Curleh Circuit, the smash.gg-run UMvC3 circuit.

The tournament’s top two finishers may have been expected, but its third place competitor definitely was a surprise.

He got revenge on Takumi in the losers final of his pool, then went on a rampage. His semifinals run included wins over Kenneth “K-Brad” Bradley, Vineeth “Apologyman” Meka, Justin Wong, and Raynel “RayRay” Hidalgo, among others.

After the conclusion of the tournament, Marvel vs. Capcom: Infinite associate producer Peter Rosas played an exhibition set of the upcoming game against Ryan “FChamp” Ramirez. The demo confirmed that Gamora of Guardians of the Galaxy and Jedah of Darkstalkers will be in the launch roster.