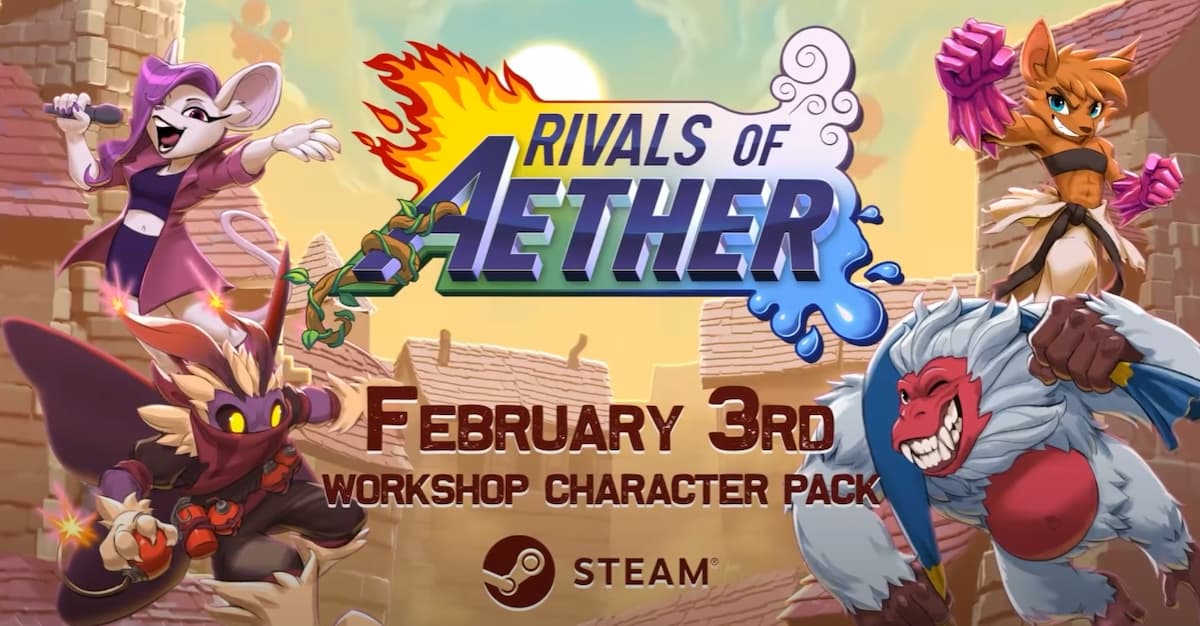 The next big update for Rivals of Aether is hitting the game on all platforms on Feb. 3, adding in the long-awaited Workshop Character Pack. This brings not only new characters to the game’s already expansive roster but also includes new content for each of those fan-created fighters.

Players can also look forward to the game performing better online, as the developers are officially moving their rollback netcode update out of open beta and implementing it live along with the Workshop Character Pack.

Unfortunately, rollback is only being added for the PC version of the game, with no update given for when it could be making its way to Nintendo Switch.

All fans can get their hands on the Workshop Character Pack for free if they have already purchased RoA on either platform, however. This will get them Mollo The Smoldering Rage, Hodan The Hot Springs Sage, Pomme The Superstar Songstress, and Olympia The Amethyst Fist.

All four characters were created by members of the RoA community on Steam, where players can create fighters, stages, and more, adding them to the game as downloadable mods. And following the initial announcement last April, the RoA team worked internally with each character’s original creator to bring them into the game’s official roster.

Along with the four characters, the DLC will include stages, music, and Abyss Runes for each new fighter.