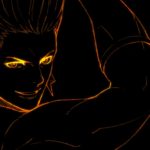 Benimaru Nikaido, Shun’ei, and Kyo Kusanagi will appear in the next entry of the King of Fighters franchise, SNK announced today.

Producer Yasuyuki Oda and creative director Eisuke Ogura confirmed that tournament veterans Benimaru and Kyo will return in KOF 15, with Shun’ei continuing in his role as the protagonist from KOF 14.

Ogura confirmed Shun’ei as the “bona fide protagonist” with “new extra moves” while looking “a lot cooler” than before.

Kyo will return with a black jacket and bandana in his base outfit, while Benimaru switches back to a sleeveless top in attire more reminiscent of his older outfits.

The beginning of the teaser also briefly flashed Leona and K’. While Oda and Ogura didn’t offer any details on the pair, the two characters’ enduring popularity throughout the franchise means that their likely inclusion in KOF 15’s base roster is no surprise. The duo’s brief stills are all fans will get for the time being, however.

First announced at Evo 2019, fans eager to catch a glimpse of gameplay footage from KOF 15 will have to wait one more month. The first official reveal trailer is planned for Jan. 7, 2021, also featuring more content from another SNK title, Samurai Shodown‘s third season pass.