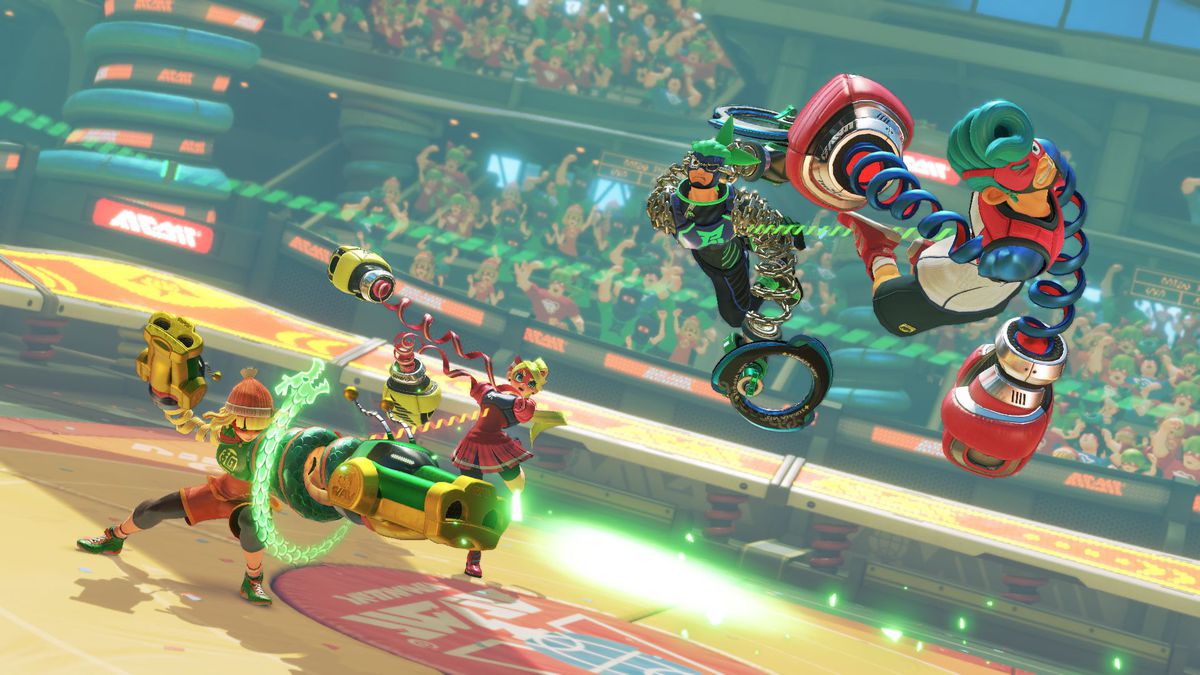 A new fighter for the popular Nintendo Switch fighting game, ARMS, has been teased on Nintendo of Japan’s social media accounts.

Not much is currently known about this new fighter, and the footage doesn’t reveal too much about his weapons or abilities either. The grainy footage only gives us a glimpse of what to expect.

The character was shown to be fighting inside a new stage for the game that looks a lot like the Aztec-themed stage that was teased a few days ago. Nintendo used the arena tease as a way to explore the lore and history of the world of ARMS.

The new stage and character will likely come out at the same time in a future update for the game. ARMS has been implementing free updates nearly every month since the game was released on June 16.

Related: A new Aztec-themed stage is coming to ARMS

The most recent big update for the game was released last month, bringing with it a new stage, an achievement system that rewarded players with badges and coins for completing objectives, and a new secret boss—MechaSpringMan.

ARMS fans will have to patiently wait to get their hands on the next big update—but if history is any indication, we’ll hopefully see more in the coming weeks.