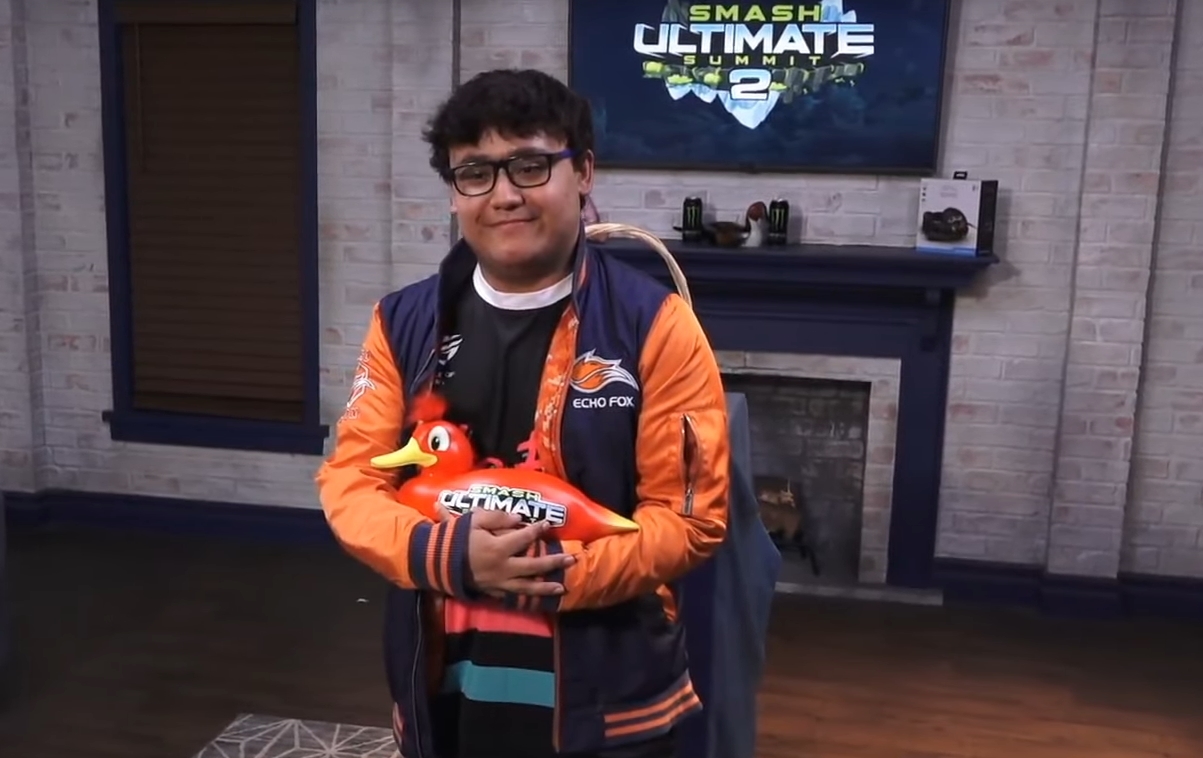 Smash Ultimate Summit 2 was a weekend of top players getting together to compete at the highest level in wacky Super Smash Bros. Ultimate events like Squad Strike and Crew Battles. But it also featured what’s become the Leonardo “MKLeo” Lopez tournament special.

After three-stocking both Tyler “Marss” Martins and Gavin “Tweek” Dempsey, Leo suffered a rare loss to Ezra “Samsora” Morris in the winners semifinals. But that didn’t seem to faze him. After a brief bout of trouble, the No. 1 player in the world back-aired his way back into the finals before taking down the Peach main to win the tournament.

Beating the second and third best players in the world to start the main bracket was a good start, but as Leo has noted several times, Samsora is always a difficult matchup for him. That was demonstrated again when the Joker main pulled out Marth to try and counter Peach—but it didn’t work very well.

After going down 2-1 as Marth, he switched back to the Persona 5 protagonist, only to drop game four and get knocked into the losers bracket.

From there, it was a tough fight to get back to the top. Leo had to go through two extremely quirky characters in a row since he played both Tea and Enrique “Maister” Solís, arguably the best Pac-Man and Mr. Game and Watch players in the world, respectively. Leo only dropped the opening game to Tea and managed to use his Marth effectively in the GW matchup, but he eventually switched back to Joker to secure the win over his fellow Mexican player.

This led to a convincing losers final win over Nairoby “Nairo” Quezada and a rematch against Samsora that got out of hand quickly.

It honestly felt that Samsora could do no wrong to start each game, but Leo just didn’t make enough mistakes for the Peach main to capitalize on without exposing himself to retaliation—something Joker is very good at dealing with. It also didn’t help that despite having a clear range advantage, Samsora continued to poke the bear, approaching Leo even if he had Arsen on deck.

That led to several situations where Leo was able to pull off his signature back-air move with only seconds left on Arsen’s timer to take a stock. Although Samsora was able to hold his own in each game and even brought game three down to a last-stock scenario, Leo still forced the bracket reset with a 3-0 win.

Samsora used all of his resources during the break between series, approaching Paris “Light” Ramirez for coaching. When the second set was about to get started, the commentators revealed that Light cautioned Samsora against approaching when Arsen’s timer was nearing its end. Instead, he wanted him to use Peach’s mobility to take advantage of the rest of the stage in an effort to avoid Leo.

That advice seemed to help early in game one. It was clear Samsora wasn’t being as aggressive against the boosted Joker player, biding his time and throwing turnips.

But a good strategy that isn’t practiced is only good for a little bit. Leo quickly turned the game back in his favor with several grab to up-air combos, finishing off two stocks very early with solid smash attacks. It always seemed like Samsora was just slightly off his game and Leo was able to get the perfect kill using all of Joker’s tools to perfection.

The momentum was squarely in Leo’s corner the entire time and he casually dominated Samsora’s Peach. In the end, Leo won the bracket reset to secure another championship title.

Smash Ultimate Summit 2 is Leo’s 11th Major win in 2019 and his second-straight victory at an Ultimate Beyond the Summit event. He walked away with the lion’s share of the over $50,000 prize pool and he’s an almost guaranteed lock for the top rank in the second-straight PGRU ranking.