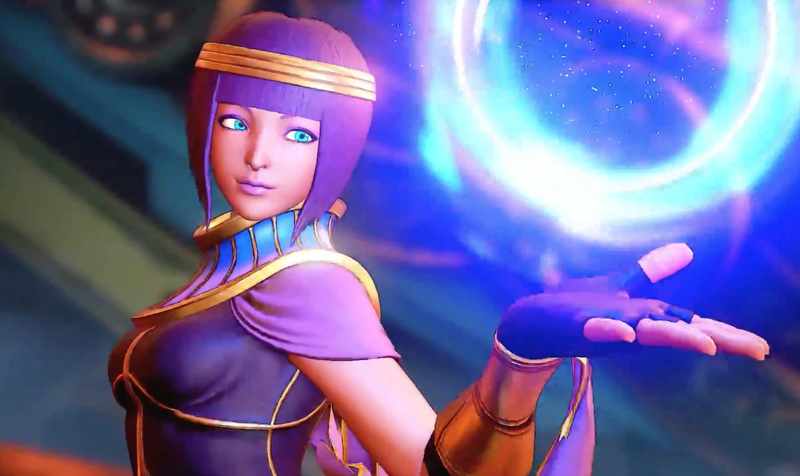 A brand new character is coming to Street Fighter V at the end of the month—and she looks amazing.

Menat was revealed as the next Street Fighter V character earlier today, and she’s set to join the game on Aug. 29.

For League of Legends fans, Menat looks eerily similar to Orianna—or at least Menat’s gameplay seems comparable to that of Orianna or Ahri, since all three make use of a mystic orb as their weapon of choice.

Menat will be the game’s 27th character, and the latest to join Street Fighter V since Abigail was added to the game in July. The Eyes of the Future will be added to the game with three unique appearances—her standard skin, a story costume, and a battle costume. Several other 30th anniversary costumes will also become available along with Menat on Aug. 29.

Most Street Fighter V fans will definitely want to get their hands on Menat when she is officially added to the game next Tuesday—Menat will cost $5.99 or 100,000 in-game Fight Money.