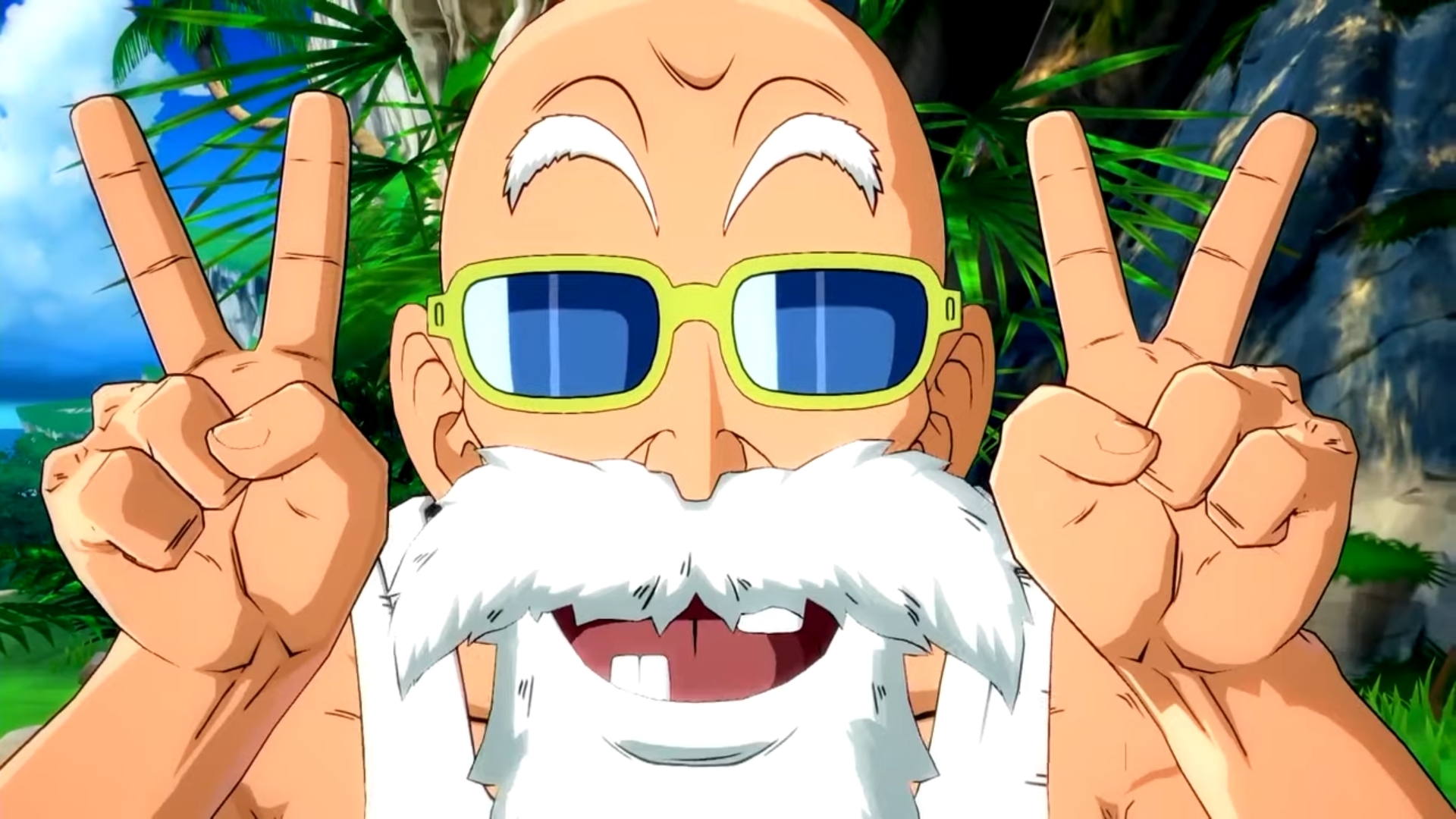 The master of the Turtle School is finally joining the battle as Master Roshi will fight his way into Dragon Ball FighterZ in September.

Roshi is the third DLC fighter for FighterZ Pass 3, and it looks like he will be another character with some unique gimmicks that will make the master a great addition to the game.

Other than a few basic combos, we only really saw the Turtle Hermit break out the Evil Containment Wave to trap his opponent in a marked bottle. Since it looks like his character is taking more inspiration from his Dragon Ball Super appearance, we can expect Arc System Works to pull from all throughout the character’s extensive history, dating back to the original Dragon Ball.

Roshi is the creator of the legendary Kamehameha Wave and someone who trained a majority of the Earth-based fighters, including Goku, Krillin, Yamcha, and even Tien.

One attack you will be sure to see in his final moveset is the Original Kamehameha, a blast that has Roshi enhance his physical appearance using his energy to fire off a massive blast. Other moves like his Thunder Shock Surprise and Turtle School Ultimate Fist will probably make an appearance too.

If we are lucky, there might even be some alternate costumes for his classic look from the original series and his alter ego, Jackie Chun, which he used to fight Goku during the show’s first World Martial Arts Tournament.

Master Roshi is set to release in September, with another Dragon Ball FighterZ Show to show off his moveset and other content also coming before he drops.