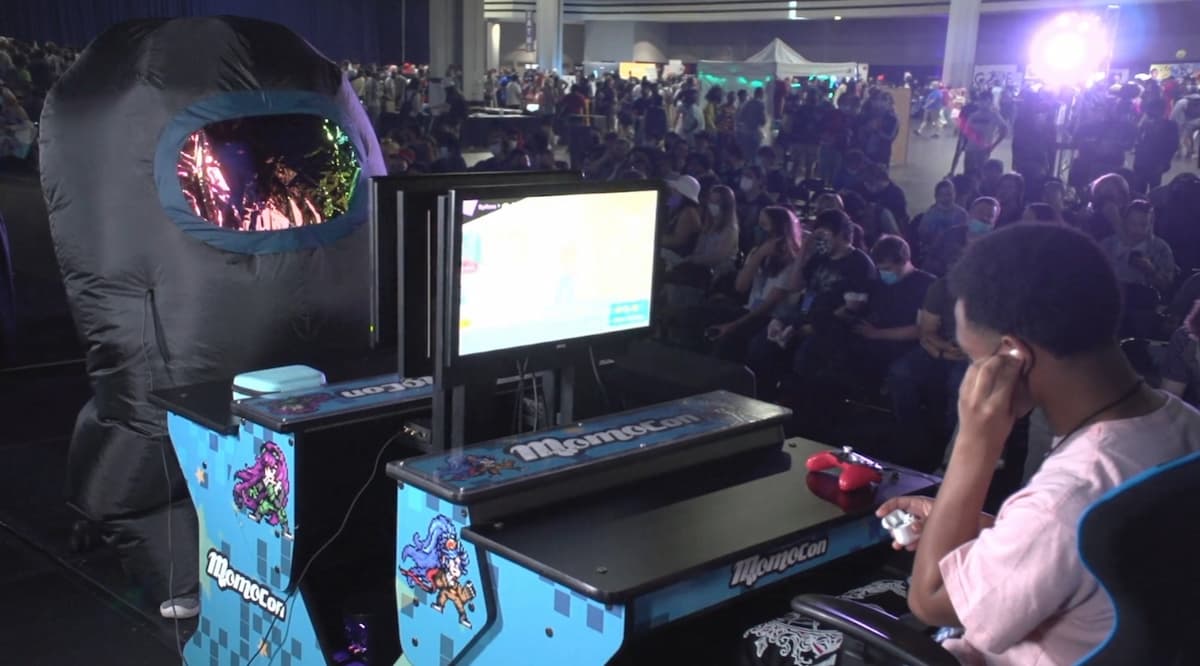 Moist Esports showed out at MomoCon 2022 with Light winning his second Super Smash Bros. Major without dropping a single set in bracket. However, while his win was impressive, it wasn’t the main talking point to come out of the event this weekend—that title came from an Among Us reference.

During singles pools, many fans watching from home and several people in the venue were shocked to see a player wearing an inflatable crewmate costume from Among Us take the stage. And, it wasn’t purely a publicity stunt either.

Michael “Forte” French is a frequent Smash Ultimate competitor in Georgia and events in surrounding areas, and for his matches at this specific Major, he just decided to wear giant inflatable costume.

He took the main stage, getting a good reaction out of the crowd, stream chat, and the commentator duo of Hungrybox and Arath as he plugged in his controller—running the cord through an opening in the costume. However, even with the crowd on his side and his Mr. Game and Watch putting on a show, Forte would fall to his opponent, eventually exiting the event at 129th place with a 4–2 overall record.

This wasn’t the only crewmate sighing this weekend either, as at least one other fighting game fan dressed up in an inflatable Among Us costume while attending Combo Breaker 2022 in Chicago too. It is unclear if this was a coincidence or if multiple people coordinated to have some fun memeing at the events.

As for the event itself, Light had a completely clean run, dropping just one game throughout his entire run, sweeping multiple top players like his Most teammate Maister, Dabuz, and Riddles to take his title. Dabuz took second, with Maister and Tweek rounding out the top four.