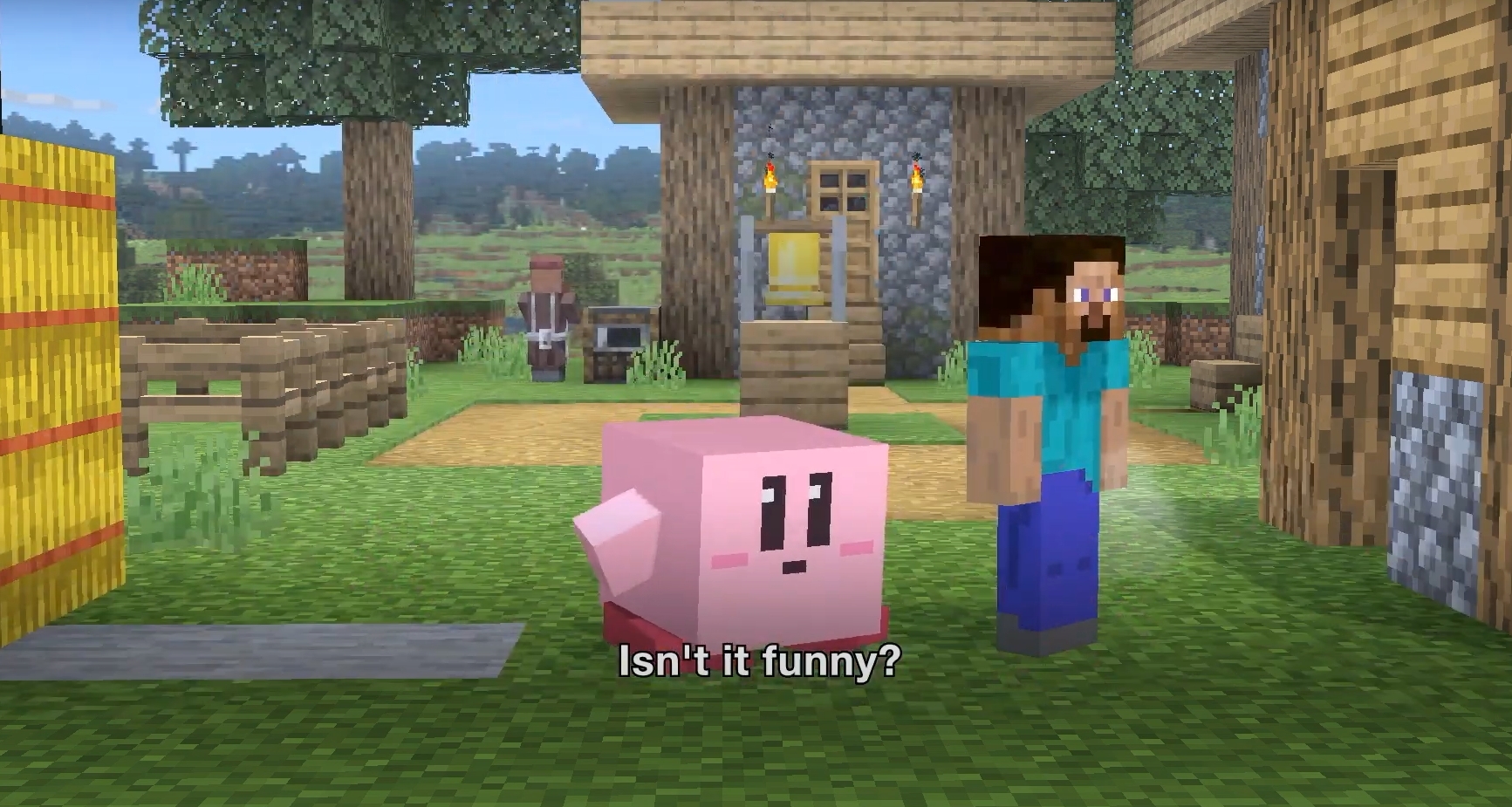 One of the most interesting parts of a new DLC character being added to Super Smash Bros. Ultimate is seeing just what abilities and shape Kirby will take after absorbing another fighter.

And while the concept being shared when Minecraft Steve was revealed wasn’t actually from the official game, the newest Kirby transformation does get pretty blocky.

None of his copy abilities were shown off during the initial showcase, but Kirby does look adorable in the Minecraft artstyle. Because Kirby usually takes on the Neutral Special ability of whichever fighter he absorbs, it is likely it will have something to do with mining materials.

Kirby was also shown off in a battle against the Slime Spirit, where he took on a green color and would multiply upon being defeated, just like the mob from Minecraft.