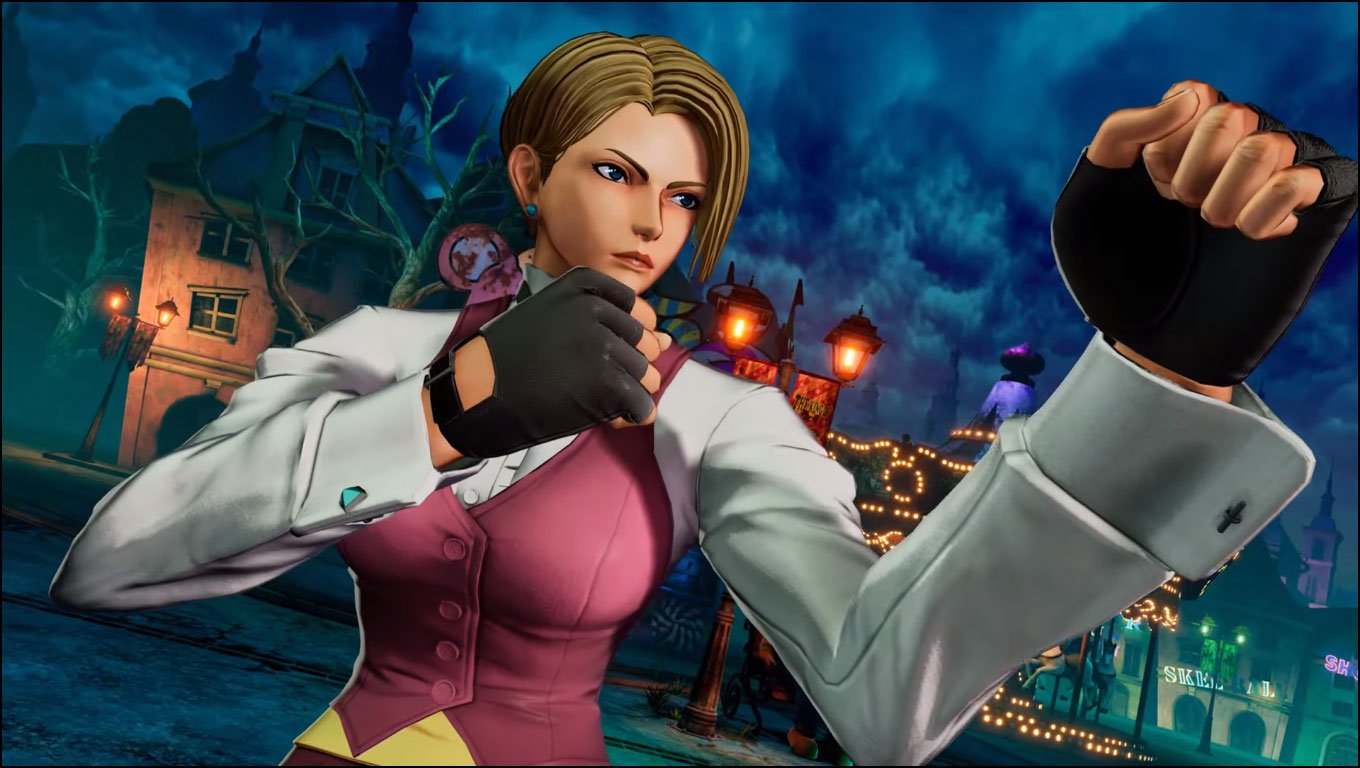 The King is here! Or more specifically, King is the newest character making her return to the ring for King of Fighters XV.

She is the 15th fighter revealed for KoF XV and will be showing off her acrobatic fighting style against everyone on the launch roster.

As a practitioner of Muay Thai, King almost exclusively uses kicks in battle and is one of the more aerial fighters in the game, launching attacks with her legs from above her opponents and holding a strong zoning presence.

The French fighter is well known for initially using male clothing to disguise her gender and identity in order to avoid any issues while fighting and the dangers of Southtown. Her design has also continued to drastically evolve over the years as SNK have made her character model more distinctly feminine.

King is yet another fighter that doesn’t have a team locked in, but with how SNK continued rolling out these trailers, the roster is likely going to be bigger than many first predicted. That means there is plenty of time for the bartender to find her place before the game launches later this year.

Maybe Robert Garcia will make an appearance next week?