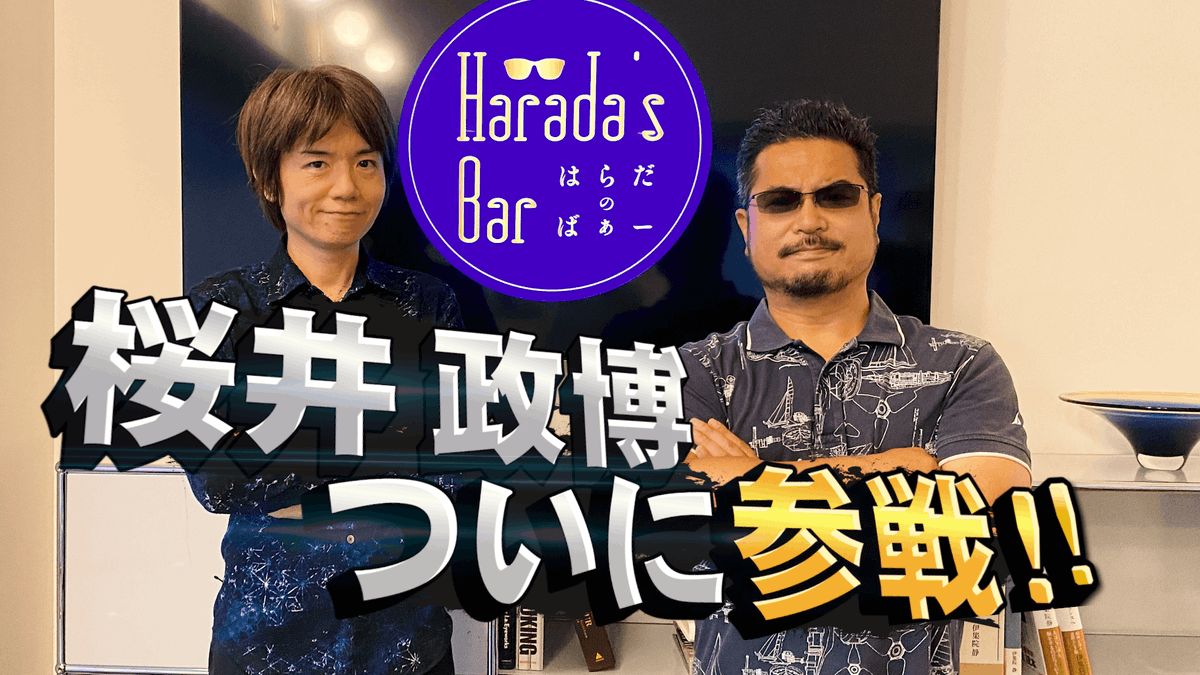 Tekken producer Katsuhiro Harada welcomed Super Smash Bros. series creator and producer Masahiro Sakurai on his podcast today. The two talked about a series of topics, including how they view online interaction with fans, approaching other game developers, and even ghosts—all with Harada’s open and direct style of communication that has become a staple of the show.

One of the main topics was Sakurai’s reluctance to connect with other game developers because he is worried that “people will think that that game’s character will be added” if information about the meeting gets out. He wants to be careful because the media picks up on anything he does in relation to games.

Keeping in line with the media, Harada shared a few of the more popular memes involving Sakurai on his laptop, showing the man the famous “don’t ask me for anything ever again” edit that has been in circulation for years. The conversation then shifted to a discussion about using a person’s face to deliver a message, especially when it wasn’t actually said.

Sakurai specifically asked if he had ever said it, and Harada confirmed that he didn’t. Instead, fans created the image, which gradually lost context as it was used more and more. The statement sparked a discussion on social media about the larger problem with gaming fandoms that push for what they want using anything they can.

“I feel like I want them to stop using my face or icon to say what they want to say,” Sakurai said. “Even if it’s a joke. You shouldn’t use other people’s power for your own principles.”

And then, in typical Harada fashion, they started talking about the ability to see ghosts and spirits.

Harada has been consistently rolling out episodes of his hybrid video/podcast series Harada’s Bar over the last several months, sharing internal stories about fighting games and game development in general. You can watch the full episode of Harada’s Bar on YouTube, along with previous episodes featuring guests like former Hudson Soft executive Takahashi Meijin and “The Father of PlayStation” Ken Kutaragi.