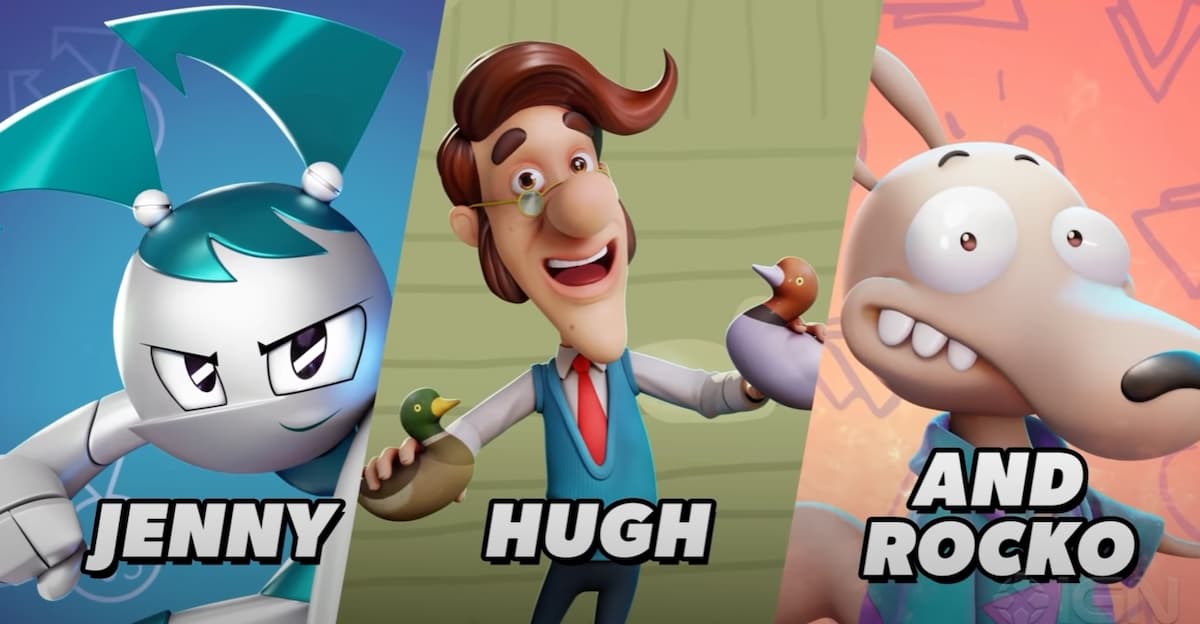 Nickelodeon All-Star Brawl is launching its premium DLC by giving the community exactly what it wanted: fan-favorite characters and more memes.

Starting today, Jennifer “Jenny” Wakeman, aka XJ-9 from My Life As A Teenage Robot, joins the NASB roster as the first “Brawler” featured in the new Universe Pack – Season Pass. The developers at Ludosity also revealed that everyone’s favorite duck-loving donut boy Hugh Neutron and Rocko from Rocko’s Modern Life will be coming later this year as well.

Jenny was the only DLC character shown in action, with her character model having some unique flair representative of her appearance from the show. This includes shiny metallic skin and animations that really show off her detailed expressions, which the developers clearly put plenty of time into recreating.

Most of her attacks, just like in the show, involve her arms changing into various weapons like oversized fists, hammers, and saw blades. She can also extend her arm to grab opponents, use rocket-propelled roller skates to jet across the stage, and shoot lazers.

Jenny’s individual DLC pack costs $4.99, and is already available on all platforms. It contains the full playable fighter, an alternate hotrod flames costume, and a unique stage based on her show called the Tremorton Joyride.

Jenny is also available as part of the new Universe Pack – Season Pass, which costs $11.99 and will also give players access to Hugh Neutron and Rocko, their alternate costumes, and two new stages when they release this Summer and Fall, respectively.

The NASB community might still be waiting for features like cross-platform play and voice acting to be officially released, but this set of characters shows that the developers and publishers at least know what DLC the community wants to see. A new balance patch was also added along with the new character, featuring a number of bug fixes and big changes for characters like Toph and April O’Neil.