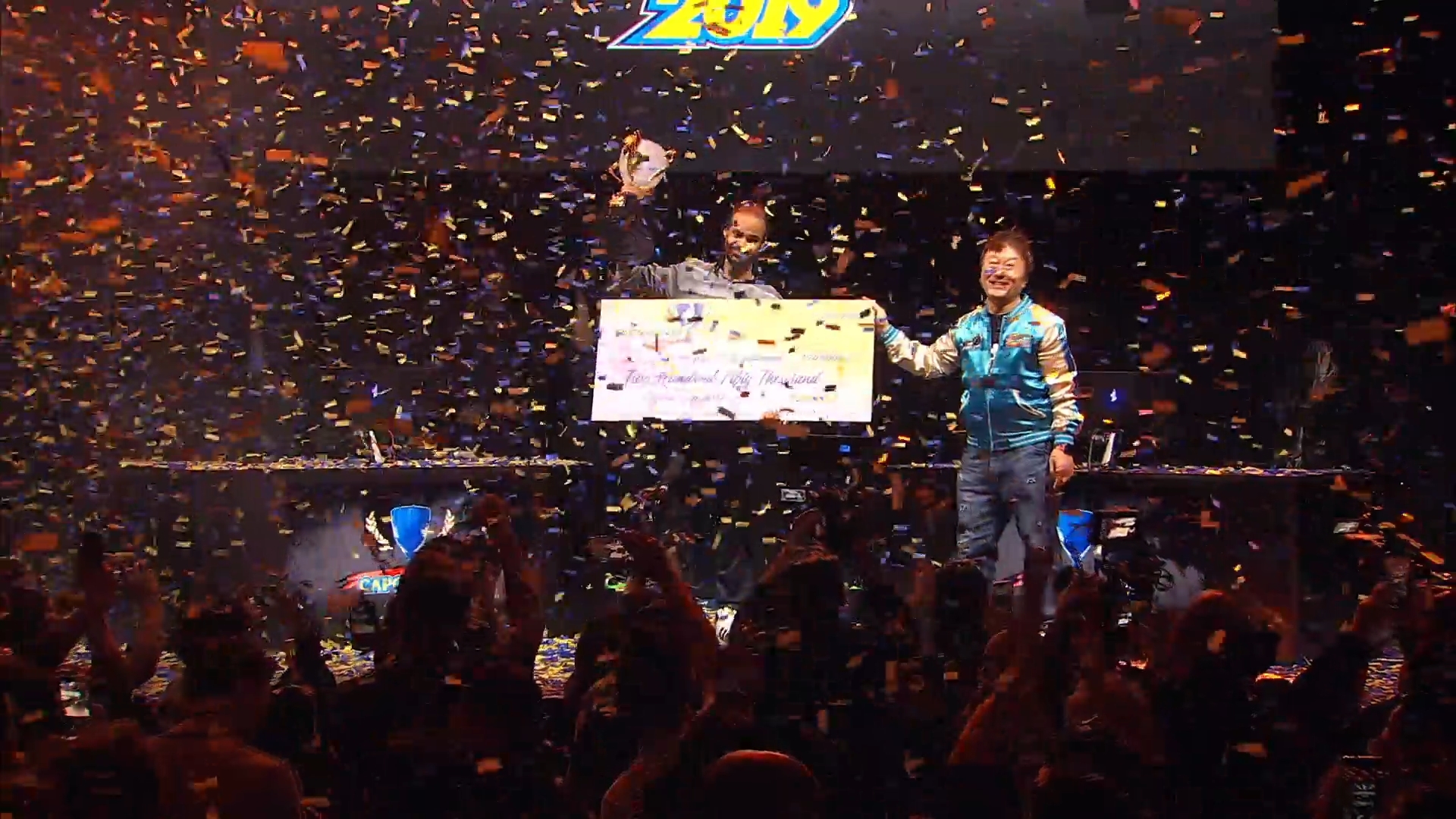 Street Fighter pro Derek “iDom” Ruffin walked into Capcom Cup 2019 with a straight-faced expression and an arsenal of odd character picks. And today, he walked away as the Capcom Cup champion.

Not only did iDon take down some of the best players in Street Fighter V, he overcame the best player in the world and his ultimate demon from the New York scene, Victor “Punk” Woodley, to do it.

Punk had the highest total points in history for the Capcom Pro Tour coming into the event and absolutely dominated the playoffs. But a bracket reset and some incredible Laura play from iDom put him on the outside looking in at the award ceremony.

Punk chose Cammy in game one to force iDom into picking Laura over Poison, which was a risk that he was able to take due to being on the winner’s side of the bracket. And it seemed to work early after he easily took the first set with a relentlessly aggressive playstyle that kept iDom on the defensive.

Even up a round, Punk did not let up, pushing iDom to use his resources just to get out of combos and prolonging the match. But that didn’t help when Punk set up another combo and applied excellent pressure. There was even a mid-match Critical Art thrown out to help secure a V Trigger kill and the 2-0 lead.

Facing elimination, iDom recomposed himself and got to work whittling down the lead with some insane rolling combos and expert interruptions for some of the combos that Punk was using to rack up big damage in the previous games. The tables turned when a great confirm gave him a 2-0 win and got iDom on the board.

Of course, since the Cammy forced iDom into picking Laura in earlier rounds, Punk went back to the Character Select screen and brought out his Karin to seal the deal.

But even with the supposed character advantage, Punk couldn’t stop iDom’s insane approach options. The electric fireballs were flying and the mid-kicks were connecting every time he threw them out.

Punk couldn’t extend anything and he was dropping most of the confirms iDom didn’t interrupt. So instead of getting an easy win and closing it out, Punk ended up getting reverse swept as iDom showed why he is the best Laura player in the world and forced the bracket reset.

And things did not get any easier for Punk once the bracket was brought back to 0-0.

IDom continued to dominate the matchup, blocking any overhead option that was thrown out and breaking down everything Punk has used against him in all of their battles back in New York. The slow and calculated defense continued to pay off for Laura since once Punk hit a bad button, iDom could immediately go in.

Punk continued to approach at the wrong time and kept getting thrown into the blender by iDom’s command grabs or well-placed fireballs. From down 2-0 in the first round to up 2-0 after the reset, iDom put himself in the perfect position to close things out.

Punk stuck with Karin and was able to stabilize in round three, surviving another early lead to get on the board 2-1.

But instead of playing it out, iDom took a play out of Punk’s book and pulled out Poison to counter Karin. Punk had previously beaten iDom’s Poison in the winners finals to reach this point, but the confidence was there and it spelled the end for the top CPT player of the year.

Things didn’t start off well for iDom after the switch, but after a poor game one, he quickly recovered and then absolutely killed Punk on tournament point. One V Reversal to end an attack led to Punk approaching too early, leaving him open to Poison’s whip and a juggle combo that secured the victory for his opponent.

In his first real show of emotion all tournament, iDom popped off and the crowd went wild. The unsponsored, self-supported player climbed the mountain to win Capcom Cup 2019 with two characters that rarely even make top cut.