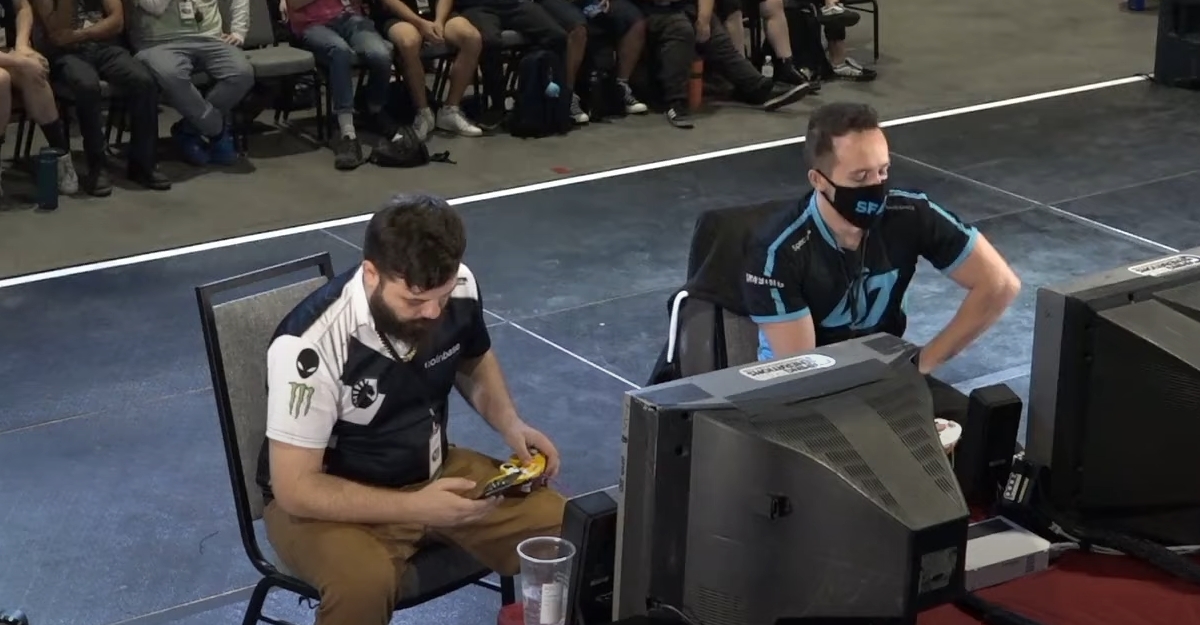 While the main focus of the final day of Double Down 2022 was the top cut for both Super Smash Bros. Melee and Ultimate, a secondary narrative surrounding top Melee player Hungrybox has also popped up.

Prior to the day’s competition starting, Hbox tweeted that he woke up in the morning and threw up blood, prompting him to visit an urgent care facility at 6am.

The health professionals at the urgent care facility informed him it was most likely COVID-19 or a bacterial infection in his throat/uvula. Hbox confirmed in the same, now-deleted, post it was not COVID and he received a shot of antibiotics and steroids.

Related: Hungrybox wins first Melee title in two years at Get On My Level

However, instead of opting out of competing in the top cut loser’s bracket for Melee at the event in totality, Hbox noted he would still attend and compete. This started a widespread conversation regarding not only the top player’s health but an apparent disregard for attendee safety by staff for allowing him to compete.

According to multiple players and attendees at the Double Down venue, Hbox not only attended the event to compete, but also was not wearing a mask at several different points—including live on-stream while playing. He did eventually self-disqualify from the event and “escorted” himself out of the venue, but only after playing several games and eliminating SFAT from the bracket.

The fact he stopped SFAT from getting into top eight through the loser’s bracket on a double DQ, following Arjun “Junebug” Rao DQ’ing to go watch a magic show after making top 16, has already become a meme. But the bigger focus is on Hbox making the decision to DQ after already being present at the venue rather than someone from staff stepping in ahead of time.

Hbox deciding to DQ himself and leave, regardless of what made him change his mind, is better than simply playing out the entire event under the circumstances, but the community is still calling attention to the fact this somehow happened in the first place; especially the fact he was allowed to play maskless, even if it was due to breathing issues or other symptoms of his non-COVID illness.

Update July 11 12:20am CT: Following the rise in backlash regarding his decision to attend Double Down despite his apparent illness, Hbox released a statement acknowledging that it was a “super-fuck up” on his part.

Not only did the top player actively apologize for being, in his own words, selfish and acting in a way that put him above the rules, but he also notes he will work to clean up other areas of his behavior he feels were lacking.

“While I was convinced I didn’t have COVID, it was clear I was sick in some capacity. Deciding to play or even go to the venue was a massive mistake,” Hbox said. “I’m not half-assing mask protocols anymore. Today was a necessary lesson, and I hate that it took me this long to give it proper attention.”

For “half-assing” mask protocols, Hbox confirmed he will be wearing a mask at all events moving forward with no exceptions while also encouraging others to do the same.

And, while he notes words won’t fix anything, he asks that fans give him the chance to show his dedication to change through actions.

“I hate just saying words and pretending that solves everything. It doesn’t,” Hbox said. “So let my next actions speak for themselves I’m sorry and I will be better.”