All the details you need to enjoy EVO 2019, all in one place. 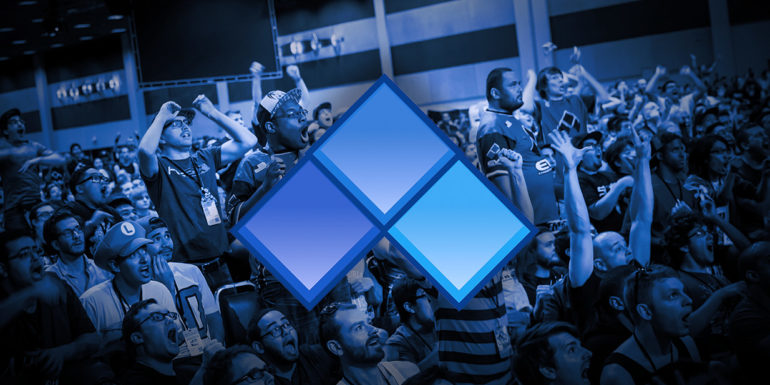 EVO is taking over the first weekend of August again this year, bringing the best fighting game players from around the world to Las Vegas to compete on one of the biggest stages in esports.

EVO is the largest annual fighting game event in the world and EVO 2019 looks like it will have the biggest turnout in the event’s history. Not only is it the FGC’s equivalent to the Super Bowl, but it also brings together the entire fighting game community for a weekend of fun.

Like with every year, the main roster of nine games has several changes to bring in new or smaller games that deserve a chance to shine on the main stage. There are side events held at the event every year, too, so nearly every fighting game with a dedicated fanbase has some representation at EVO.

This year there are four new titles on the roster, but none of them are new names to the FGC.

UNDER NIGHT IN-BIRTH Exe:Late[st], or UNIST, is an older title that has constantly been a main attraction on the side stage over the years. This is a huge break for such a talented community of players that will now get to play on stream.

Samurai Showdown is a legacy title for the FGC, dating all the way back to arcades in 1993. Now, the newest title on current-gen aims to bring back the mixed weapon and hand-to-hand combat back into the mainstream.

Soulcalibur VI was released months after EVO 2018 and will be the first SC game appearing on the main stage since SCV in 2012. This is a sleeper pick for most exciting tournament because the insane movement and crazy combo potential makes it a blast to watch.

Lastly, Mortal Kombat 11 is replacing last year’s NetherRealm Studios rep, Injustice 2 this year. MK is a classic fighter that has been represented at EVO for many years, and the newest title is sure to draw a crowd for its debut.

What is the game schedule?

This year’s game schedule has massively shifted, including Street Fighter not being the headliner for the first time in over a decade. Starting on Friday, here is the order in which games will stream their top matches:

With this being EVO 2019 being the largest Smash Ultimate tournament to date, it isn’t a shock that it is the new headliner. Tekken 7 was the favorite to overtake SFV, but now it will get the coveted second spot, which most viewers claim is the best for people watching at home.

The actual times each game’s finals will start hasn’t been revealed yet, but most of the time, EVO ends at 12pm CT every day except for finals Sunday.

Each game has its own individual prize pool that is factored up based on the number of entrants, extra incentives, and if the developers decide to add to the pool.

This usually leads to SFV having the biggest prize each year because EVO is also an official tournament on the Capcom Pro Tour and offers Pro Tour Points for top finishers, too. That eventually leads to the players with the most pro points getting invited to the Capcom Cup to compete for an even bigger prize pool.

EVO offers the most pro points of any Pro Tour tournament, which essentially guarantees the EVO Champion a place at the Cup.

On the flip side, Smash games are infamous for having terrible prize pools, despite massive entry numbers because Nintendo doesn’t support the competitive side of the game the way Capcom does. That might change this year, but we won’t know until the official numbers are released.

How can I watch EVO?

EVO will be streamed on Twitch and some of the more popular games will even be shown on ESPN, just like Smash 4 and SFV last year.

EVO’s multiple Twitch accounts will serve as a sort of hub for all of the tournaments throughout the weekend. The personalities that host EVO’s streams are normally pretty good about walking viewers through the busy schedule and directing people to the right streams.

With how Twitch has improved its connectivity for streamers, there will likely be a featured tab running on each EVO-branded stream that will let viewers click around to the other channels.

There are also a number of streams catered to specific games, including, CapcomFighters (Street Fighter V), Netherrealm (Mortal Kombat 11), and Tekken (Tekken 7).

This list could expand to Nintendo’s Twitch and YouTube channels for Smash, and SamSho could do its own thing, too. It is less likely for SamSho since it is a newer title that would benefit more from EVO’s massive following.

The full schedule for times will probably launch right before EVO begins.

Smash.gg has all of the brackets available for viewing right now, which will be constantly updated as the event goes on. The layout for each bracket is based on pools and then whichever round the tournament is on.

If you are looking for a specific player or want to follow their progress, you can select the game they are competing in and search for their Gamertag to instantly pull up their results.

What else is going on at EVO?

EVO is only part-tournament. It also functions as a fighting game convention where developers, fans, and players can all connect and have fun.

There are dozens of side tournaments going on for games like Marvel vs. Capcom and other legacy titles that don’t make it into the main roster of games. This lets people who aren’t competing in the tournament or that have been knocked out have some fun on the side.

All of these games are featured on side-streams, which usually means one of the higher numbered EVO channels.

Indie developers, famous personalities, and companies all have booths set up to sell products, meet their fans, and show off new products on the show floor.

The bigger developers at the conference also tend to make huge announcements for the future of their games during the top eight of their tournaments. In past years, SFV has shown off new characters and other content during the finals.

Expect a lot of news on the final day, Aug. 4, from Smash, SFV, and Tekken, since each will have a big viewer count on the biggest stage, making it the perfect time to announce future plans, such as new DLC characters.