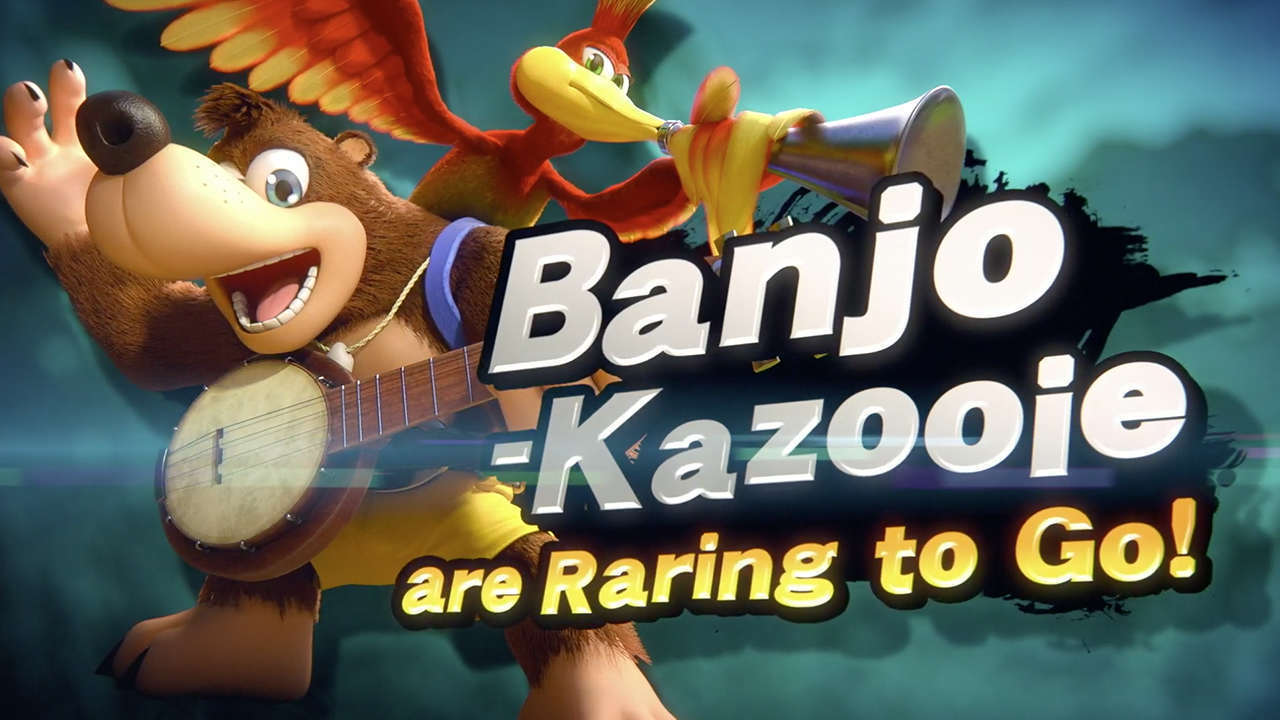 The cartoony pair pack a punch, combining some classic moves with signature Smash movement to pull of some crazy combos. While some of their regular moves are a bit lack-luster, combined with their specials, they still really make the character stand out.

Because the character is so new and everyone is going to be trying to learn how to play them, here are some tips and insight into how to get started with playing Banjo and Kazooie.

The basic egg is useful for zoning opponents. Just shooting it and watching it bounce gives you a great chance to force a move or option out of whomever you are playing. And it also works well as a way to gimp opponents offstage if you can position yourself well.

The biggest downsides here are the lack of range and how long it takes to get in and out of Breegull Blaster mode. You won’t get a lot of use out of that mode unless you really want to work in the close range.

This is probably Banjo’s best move, which is probably why you can only use it five times per stock. It has a high priority over other moves so you’ll only really be punished by people who time their grabs, shields, or moves really well.

Up B (Shock Spring Jump)

A solid recovery that lets you continue your jump after the initial launch. Overall a good option, but it has very limited offensive capabilities, which isn’t a bad thing. You might be able to gimp someone with it offstage every once in a while.

But combining this with Rear Egg might be something the players labbing Banjo have gotten right from the start.

Down B (Rear Egg)

This might be the move that might make or break Banjo as a competitive character. Snake’s Grenades are truly one of his most consistent options, which is why having to spend the extra time grabbing the Rear Egg is a detriment. Especially when the odd shape makes the timing needed to grab it different every time.

It’s already being used as a way to abuse Banjo’s recover and pull off some crazy aerial combos, but this egg will need a little more time in the cooker to truly find its potential.

Up tilt will be your friend in most scenarios. It can set up for combos and even kill if the opponent really starts getting up there in percentage, plus it comes out extremely quick.

Down tilt is a good way to get a combo rolling if you’re fast enough to chase your opponent down. There are some pretty solid follow up options too. And the forward tilt is solid, but nothing special, though it can be angled, which has some potential for poking.

Down Smash is powerful but a little slow, so using it is going to be situational. It does fit well into early to mid percent combos, so throwing it out won’t always get you punished. Likewise, Forward Smash packs a punch but is never going to be a safe option because it has a slow wind-up.

Up Smash is going to be about as useful as Ivysaur’s Bullet Seed, so only in certain circumstances when you can catch your opponent off guard with it. It could potentially be used to call out on shield since it is fairly quick.

Banjo’s throws really aren’t great, but they also aren’t the worst in the game either.

Down throw buries enemies, but it is very easy for them to escape and forward throw doesn’t really look great for early percent combos. When pressuring an opponent with a throw, up throw is your best bet, as it gives some good air and you can force options by jumping and waiting for them to commit to something.

Back throw is going to be a good option at high percents and it can start killing near 100 percent in the right scenarios.

Ignore Down Air at all costs, fast-falling moves like that are not your friend and should only be used in the right scenarios. It is also very slow on startup, so it can’t even make a good cancel tool.

Neutral Air is a weird mix of Ivysaur and Piranha Plant, leaning more towards the latter, unfortunately. Don’t expect much out of it by itself though.

Up Air is decent, but won’t be doing much of the heavy lifting during combos outside of an Up Throw into Up Air situation. Back Air is going to be your best friend for spacing combos and connecting for off-stage kills.

The wind-up on Forward Air is another mix, hitting like Mario, but taking as long as Ganondorf. It’s another solid option, but it is very slow, so timing will be key if you want to get some sick dunks.

Overall, Banjo and Kazooie are really fun to play and have some potential to be good competitively, but they’ll take more time than Hero did to really get the lab results rolling in.