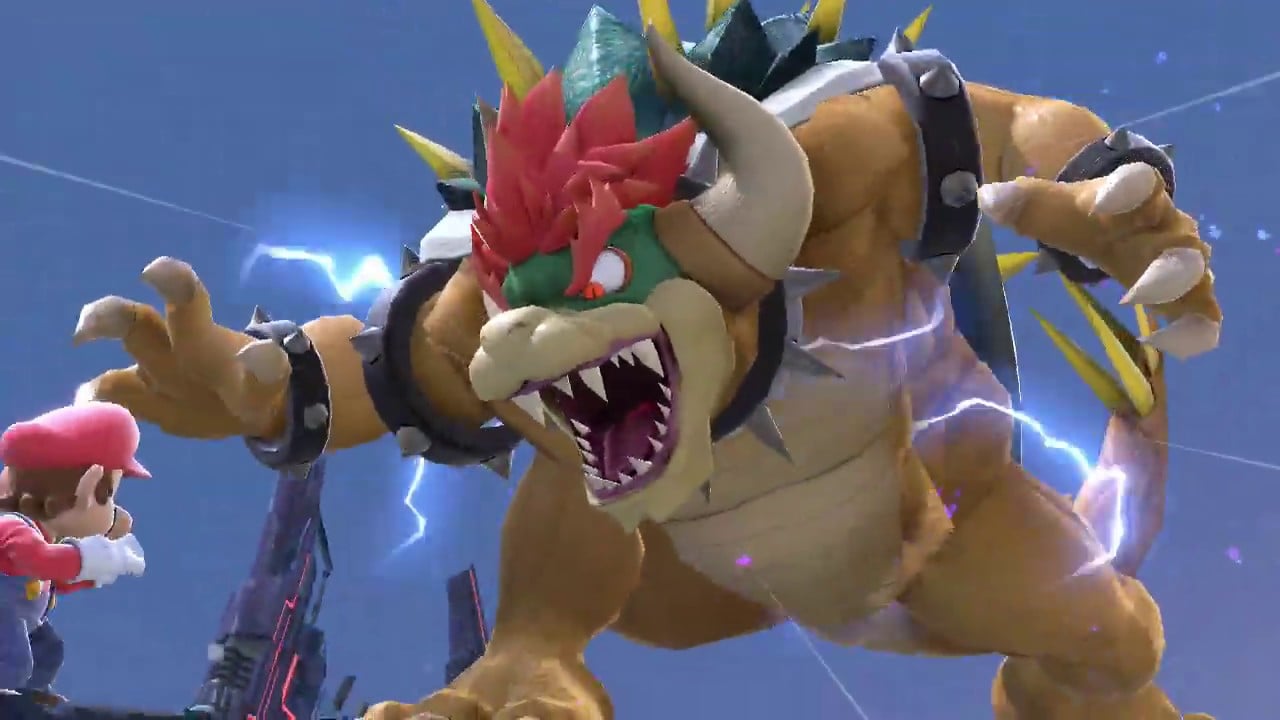 Super Smash Bros. Ultimate boasts some of the toughest challenges in the franchise as part of its single-player story mode, The World of Light.

Throughout this adventure, players will be tasked with eliminating a variety of foes from Nintendo franchises and some of them can be extremely difficult. One of the most notorious for its difficulty is Giga Bowser.

Taking on Giga Bowser is a task all players will need to overcome at some point if they plan to journey through the World of Light. The fight’s difficulty comes from multiple factors, including the small platform-style map, Bowser’s massive power that can eliminate players in just a few hits, and the large pool of health players need to beat down to win the fight.

Despite being one of the harder bosses in the game, Giga Bowser can be an easy fight with some patience, a game plan, and the right setup.

Here are our tips to defeat Giga Bowser and continue through the World of Light.

If you’ve attempted this fight, you’ll most likely have realized Bowser has a multitude of weapons at his disposal. Thus, the plan is to bait out the attacks that work in your favor.

Winning this fight will come down to evading the oncoming attacks and punishing Bowser for missing.

The easiest move to counter is his fire breath. If you can bait this attack out, you’ll then want to jump and air dash over Bowser and land some damage to his back. Be careful, though. You may only be able to get one or two shots in before he turns around.

You can see when he’s preparing to use flame breath quite easily since he’ll raise his foot. If you’re unable to jump over in time, you can shield this attack to take less damage.

Jumping over Bowser is the key to winning this fight. When he uses his shell spin, you can simply jump and air dash behind him to land damage.

The combination of jump and air dash will also be important for managing your location during the fight. If you feel like you’re being cornered at the edge of the map, use this combination to reposition on the other side.

If Bowser chooses to use jumping attacks, you can air dash through those also to avoid taking damage.

If you ensure that you’re capitalizing on every opportunity to punish Bowser and using your shield as necessary while avoiding most of his attacks, this fight won’t be too difficult.

If you follow the strategy above, you can get defeat Giga Bowser with most fighters in the game. But there still are some that boast abilities that make them more suitable for the matchup.

It should be no surprise that Kirby is one of the top choices for this fight. The pink puffball boasts multiple jumps that will assist players in evading attacks and repositioning to deal damage. The strongest offensive tool Kirby has is his down special. Stone is the perfect way to get off big damage on Bowser quickly as Kirby. And because it can be set up while in the air, it perfectly complements the strategy.

For similar reasons to Kirby, Yoshi is a great choice for this fight. The combination of his larger jump and damaging kicks should be enough to get any player through the fight.

On top of picking the right fighter, selecting the best spirits will make a huge difference in the outcome of this fight. Since there are multiple spirits with similar abilities, it can be confusing to determine what you’ll need. Here are some of the best options for this matchup.

The Legend of Zelda-themed spirit, Fairy Bottle, will grant players healing once they reach 100-percent damage, allowing them to tank a few more shots than usual.

For fighters who aren’t suited to jumping, taking the spirit of the legendary Pokémon Ho-Oh will grant a third jump and allow them to evade Giga Bowser’s offense more easily.

Pauline is a great spirit for this fight since it allows players to recover some health by soaking in damage. Using the healing shield power on Bowser’s flame breath is the perfect combination.