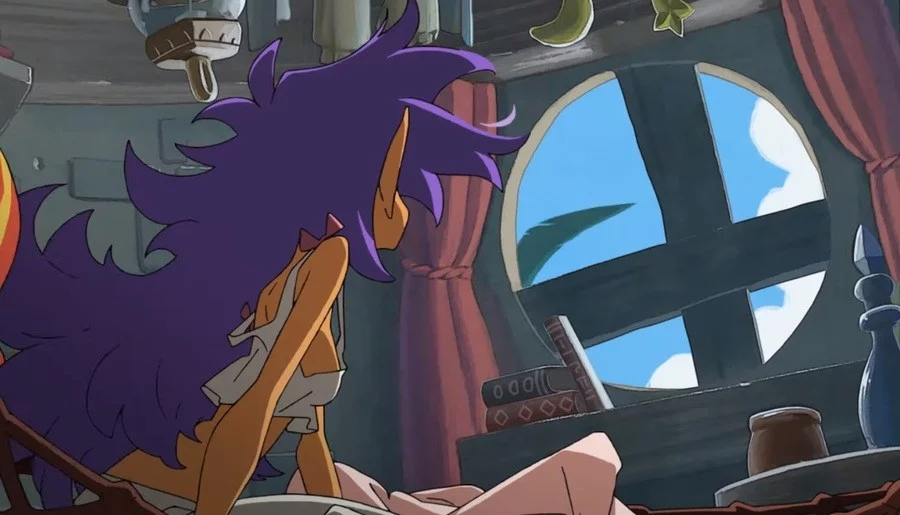 Put your tin foil hats on, Smash fans. A new trailer dropped for the latest Shantae game that’s caused some people in the community to hope that the title’s main character will join Super Smash Bros. Ultimate as its next big DLC fighter.

In the latest animated trailer of the game made by legendary Japanese animation crew Studio Trigger, a small flash of a familiar-looking logo appeared that’s made fans cautiously optimistic about seeing Shantae, the Half-Genie hero, appear in Smash Ultimate.

Shantae, who originally debuted on a Nintendo system, has been a fan-favorite request for some time now. A large portion of Shantae’s fan base is desperate to see her join the fight after seeing Shovel Knight, another indie character with a huge following, appear in Smash Bros. as an Assist.

Weirder characters have been revealed for the game so far, though. Who would have expected Joker from Persona 5 or Banjo Kazooie to finally be revealed as DLC fighters in Smash Ultimate? It might sound farfetched, but after the reveals we’ve seen so far, anything is possible.

There’s also careful optimism from the Shantae fan base due to the timing of the reveal. Shantae 5 is expected to be released this winter, the same time that the fourth DLC fighter is set to come to Ultimate. So the tin foil wearing fans of the community hope this means that their maiden will join the battle later this year.

WayForward, the developer of Shantae, has also released Smash Bros. teasers in the past, as well as potential alternative colors for the character in the Wii U era. But all of the symbolism and teasing is likely just the developer having fun with the character’s fans.

We aren’t convinced that Shantae will be joining Smash Ultimate any time soon, but we’ve been proven wrong before.