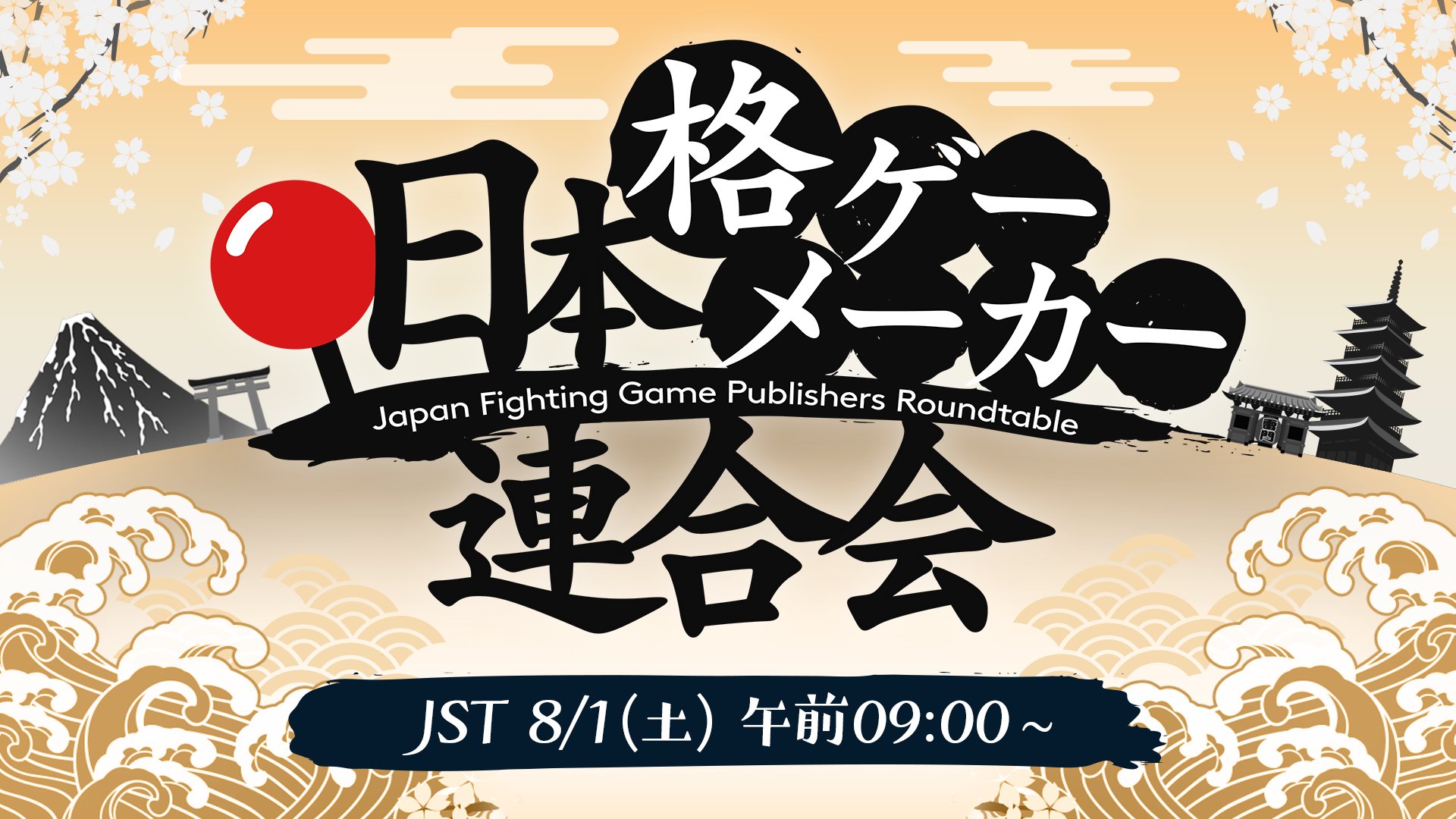 Bandai Namco gathered some of the most influential developers in the Japanese Fighting Game Community together for a discussion that led to multiple new announcements, updates, and interesting conversations.

The presentation started with an hour of everyone answering questions from fans, but with some of the topics like the future of fighting game experiences and online play being discussed, they group only got through four of the prompts.

In the VOD, you can hear Harada and the others speak about selecting characters for their games, crossplay, the future of arcade-style fight pads, and more. But for anyone who doesn’t want to watch the three-hour presentation, here are all of the announcements from the Japan Fighting Game Publishers Roundtable.

Starting with Koei Techmo, the company’s representatives announced that Dead or Alive 6 has surpassed three million copies sold worldwide. The game and all of its season pass DLC content will be on sale from Aug. 5 to 18 in celebration of surpassing that milestone.

Along with that, the game’s newest character, Tamaki, will be releasing to arcade versions of the title soon. There was no release date for the console version of the DLC given.

SNK was up next and immediately revealed that Samurai Shodown Season Pass 3 is already in development.

The last fighter for Season Pass 2, For Honor’s Warden, was released on June 24. And after the reveal of Gongsun Li, a character from popular Chinese MOBA Honor of Kings, being released as free DLC on Aug. 5, the timing for this announcement was perfect.

No information about the DLC content was given, and the company was unable to share any new information about The King of Fighters XV, which was revealed last year at Evo 2019. The developers promised an update on the new KoF game “in the near future,” however.

Capcom didn’t have much to share since it will be hosting an independent broadcast on Aug. 5 to show off new characters for Street Fighter V: Champion Edition.

The developers did announce SFV will have a two-week, free trial starting on Aug. 5 that will include all 40 characters. Champion Edition is also on sale until Aug. 4.

There will also be a Japanese Street Fighter League running open qualifiers on Aug. 8. More details about that event will be provided by Capcom at a later date.

As the host of the roundtable, Bandai had the most announcements to share, starting with the reveal of SoulCalibur VI‘s next DLC fighter, Setsuka.

Setsuka will make her return to the franchise on Aug. 4 alongside several Tekken themed customization parts. A free update that includes battle adjustments for all characters, a new stage, and Setsuka’s classic costume will also be released.

As for Tekken, Harada pulled his usual tactic of denying any new content before dropping a bomb, revealing Season Pass 4 will start releasing content this Fall. This will include new moves for all characters, online enhancements (including matchmaking and ranked progression,) and more.

There was a slight tease for Kunimitsu, a female ninja-like fighter who has not made an appearance in a mainline Tekken game since Tekken 2 in 1996.

Harada also revealed that Season Pass 4 was supposed to begin releasing content already, but due to COVID-19, the team had to push it back while still working on it remotely.

Okubo and Harada also revealed that there will be a Tekken Online Challenge and SoulCalibur Online Challenge starting in September, in place of the physical World Tour events that were canceled.

Tekken events will run from September to December, while SC tournaments will begin in October for Asia and Japan, with European and American events scheduled for November. These tournaments are not set to connect in any way as of now, but more information will be provided in the future.

While there was no DragonBall FighterZ news to share, there is going to be an update in August.

Before getting to the Guilty Gear -Strive- update, Arc System Works announced that ARCREVO Online will be taking the place of the physical event, with a tournament being held in America and Japan.

Granblue Fantasy Versus will also be getting an announcement next week.

To close out the show, ArcSys showed off two new characters for -Strive-, Nagoriyuki, the futuristic samurai from the original teaser trailer, and a revamped Leo Whitefang. The game was also revealed to be coming to PlayStation 5 and PC.