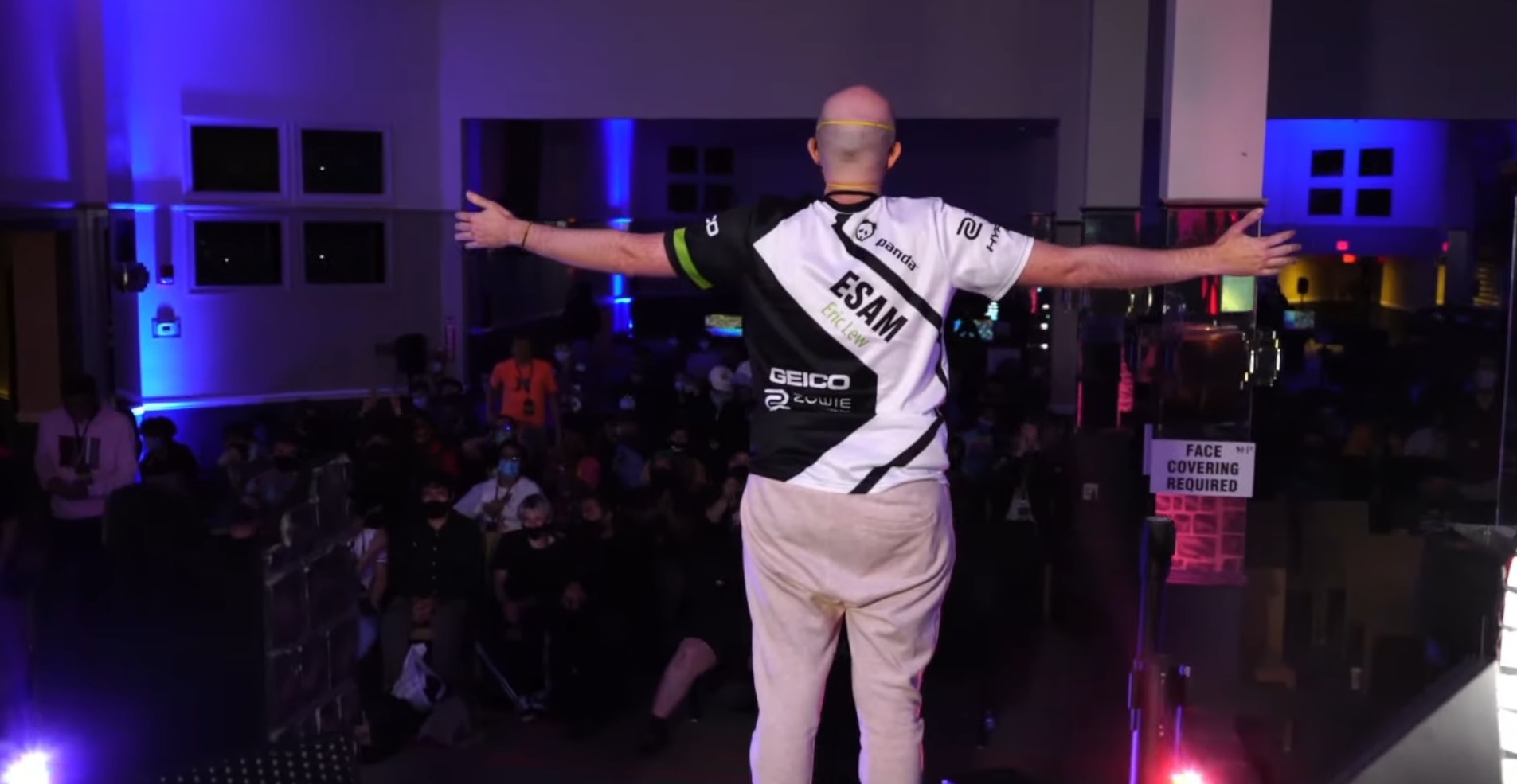 And, not only did ESAM beat Leo in both meetings, he finished the bouts 3-1 each time. This means that his record against the top player is now 4-2 lifetime, making him the only player in the world who has played more than two sets against Leo with a winning record.

During his run, ESAM looked every bit as practiced and confident as he said he would be going in, with strong early performances leading into his first matchup against Leo. After going down 2-0, Leo swapped from Byleth, the character he used to win Riptide a few weeks ago, to Joker.

That swap allowed Leo to get an edge and take a game, but the set still went to ESAM after he closed it out 3-1.

ESAM would go on to take 3-2 wins over the two top players from Moist Esports, Light, another top 10 player, and Kola. Meanwhile, MKLeo showed why no one wants to play play him in the losers bracket, rattling off two sweeps against Brian “Cosmos” Kalu and Santiago “Chag” Perez before facing Maister.

Against Maister, Leo fell behind 2-1, but “game four Leo” isn’t a well-known term in the community for no reason. Without swapping from Byleth, Leo cameback to bear Maister 3-2 and then fell behind 0-2 to Kola and reverse sweeping him in Losers Finals.

With the grand finals set, Leo swapped back to Joker to start the series and took game one, though that would be his final game won at the event. ESAM went on to reverse sweep Leo, taking the final game with a perfectly executed combo into a drag-down-Thunder to seal the deal.

“I literally went to two locals since last Genesis. I have not played offline Smash since July,” ESAM said. “Online (Smash) is good. Online is good if you just know what to improve on, which is the hard part.”

Following the event, the team behind Glitch announced Glitch: Infinite, which will run from Jan. 14 to 16 next year. Early bird registration opens on Sept. 29.