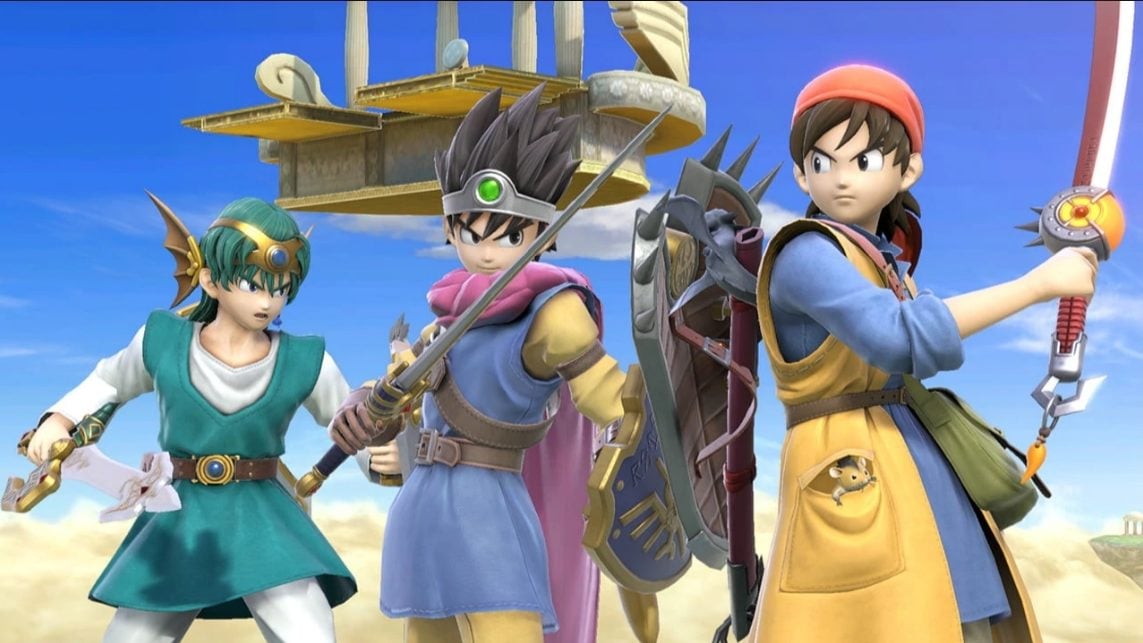 The discussion around banning Hero from competitive tournaments has been a major point of contention in the Super Smash Bros. Ultimate community.

“You know, as somebody on the Dragon Quest team, we make games,” Okamoto said. “We want people to get through from start to finish—anyone should be able to get through our games. But you get to Smash Bros. and you’re dealing with an action fighting game. As that skill ceiling increases, there are people who won’t be able to keep up, people who can’t play at a certain level of difficulty.”

Players and fans all praised the ingenuity of how Hero was implemented into the game with the menus and authentic feel of the Dragon Quest games and in casual matches. He is extremely fun to play, but most of the negative feelings toward Hero are typically about competitive play.

The pro players want Smash to be based on skill, rather than having these options that add an unpredictable RNG element into the matches. There have been cases where a player will be playing extremely well and then get hit with Thwack, a one-hit-kill spell that Hero can use if it appears in his menu.

Kubota was also quick to point out that the team at Square Enix thought it would be a simple matter to get Hero in the game, but Smash Bros. creator and director Masahiro Sakurai had a lot of ideas for the character.

“We thought that he would be an easy fit just putting him in Smash,” Kubota said. “But from Mr. Sakurai there were all these ideas that kept getting added in after the fact, like putting in a turn-based command window, as well.”

Sakurai is well known for putting his all into making sure every character and detail in Smash stays true and pays homage to the series it is from. It isn’t a surprise to hear it was his idea to implement the drop-down spell menu that works with the Magic Gauge.

The conversations about banning Hero are going to continue, though, until the community settles on an answer or the character is nerfed enough that players feel a distinct advantage over the character. RNG is never truly welcomed in fighting games, but Okamoto thinks it could be a good thing.

“That’s not because he’s too powerful, it’s because of the random element being too powerful, right?” Okamoto said.”I think that with Hero from Dragon Quest XI, because that strength of his randomness is so powerful at times, that gives him the appeal of being a character that [for] somebody who’s a button-masher, [they] can get in and deliver some really powerful blows. And I think that’s kind of a good point about the character.”

What Okamoto pointed out is true, it does give lesser opponents a chance to turn the tides in their favor, but that is why the argument is taking place in the first place. Regardless if Hero is banned or not, the love shown to the character and the legacy of the Dragon Quest series truly makes it a cool addition to the Smash Ultimate roster.